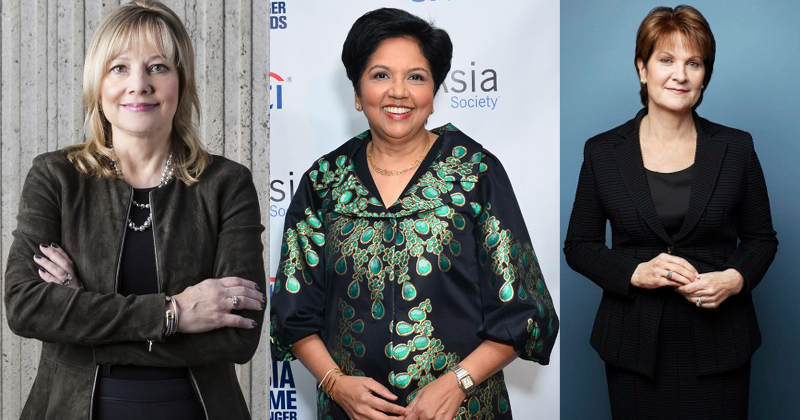 Fortune has released their 20th Most Powerful Women list and it’s nothing short of amazing and inspiring.

Every year, Fortune comes out with a bunch of lists, from Fortune 500 companies to startups and what not, one of those is Most Powerful Women list. Started in 1988, Fortune has admitted about the struggles that they had to go through in order to 50 names of Most Powerful Women in business in the world because there were just not enough women in the business line, let alone at the CEO position. While it might seem a bit ridiculous, but it’s true, there have been very few women on the top of a business food chain. However, things are changing, just as times are changing and now we have some of the inspiring and amazing women leading and running businesses that have gone on to change the world.

With the ever-growing tech industry in the forefront, there are a ton of women coming into the limelight every now and then because of their ideas.

This is also the 20th year since Fortune has been publishing the Most Powerful Women list which makes it even more exciting. The list contains 50 Most Powerful Women, out of which 26 are CEOs who control $1.1 trillion in the market capital, seven newcomers on the list, one returnee and nine women from the tech industry.

We decided to gather the top 10 of these Most Powerful Women and what they do.

Being named the most powerful women in the world, Mary Barra is the Chairman and CEO of General Motors. This is the third consecutive year since Barra has been on the top of this list and she’s making a change every day.

Indra Nooyi is no unknown to the list of most powerful women in the world. She’s the CEO of PepsiCo and has often come out to be one of the most followed feminist icons in our world. She has her priorities straight and the same was seen earlier this year when the news of her retirement started dwelling up. However, Nooyi claimed that there’s no plan to step down any sooner and then went ahead with her company whose stocks jumped to 16% profit when their competitors were trying their best to adjust to the massive consumer shift.

Hewson is the Chairman, President, and CEO of Lockheed Martin which is an American defense, aerospace, security and advanced technologies company. Her company was one of the few who celebrated White House’s defense budget increase. Plus, they made an arms deal with the Saudi Arabia. All of this lead to a 26% increase in the company’s stock over the past year.

Abigail Johnson is one of the newcomers on this year’s most powerful women list. She’s the Chairman and CEO of Fidelity Investments in the US. Johnson assumed her father’s chairman position in 2016 and since then, she’s been trying very hard to take the company on the positive sheets.

Sheryl Sandberg is the COO of the biggest social media on the Internet – Facebook. Under Sandberg, Facebook saw a groundbreaking as revenue growth in 2016 with 56% and $26.9 billion being propelled in the company. Along with handling a social media giant, she also went on to write a book about the loss of her husband, which topped the bestsellers this spring.

Ginni Rometty is the President and CEO of IBM which means dealing with an endless amount of pressure in terms of sales and profit of the company. The revenue from newer business in IBM like the cloud, analytics, mobile and security accounted for 45.6% of sales which makes up for a five percent increase from the previous year.

Meg Whitman is the CEO of Hewlett Packard Enterprise and has been constantly trying her best to save the company and keep on getting profits for it. However, Whitman is one of the brightest names in the industry as of now and she’s also one of the finalists for the Uber CEO position.

Catz is the Co-CEO of Oracle which is one of the fastest growing cloud business in the tech industry. Hiring 5000 new engineers and salesperson, Oracle is constantly growing and even went on to bring $4.6 billion in the company’s last fiscal year, which is 60% more than last year. Apart from this, Catz also oversees a $3.5 billion company in STEM initiatives.

Novakovic is one of the most powerful women in the world and she’s the Chairman and CEO of General Dynamics. Last year, Novakovic decided to expand cybersecurity which has went on to become a boon for General Dynamics.

Ruth Porat is the SVP and CFO of Google which is the second most valuable company in the world, after Apple. Porat’s nickname is “Ruth Vader” due to her relentless focus on the bottom line which makes her stand out from everyone around her. She became the CFO of Google in 2015 and since then, the shares of the company have gained more than 70%.

These women, plus much more, come together to make things around us work and they do it good. The real reason behind these women being on the most powerful women list is because of their work ethics and persistence to get things done, even when their handled company is bleeding a lot.