Home » Do You Know How Many Wealthy Residents Have Left South Africa?

Apparently, there are more reasons for South Africa to worry about than you may have guessed or known. For starters, much of the country is reeling from the current state of the Coronavirus-driven lockdown. But then, that’s more or less for the rest of the world, unless and until you are in Japan or Sweden, and as one saw recently, then China. So no major harm done. But moving on, South Africa’s economy was any ways headed toward the downward spiral. There had been several issues confronting one of the most jovial of African nations’ state of employment, or the lack of any.

With unemployment and shortage of skilled labour, South Africa has already had issues to deal with, which is precisely when it’s being led to confront another possibly growing concern.

Media focused on the famous Rainbow Nation seems to suggest that several of the wealthy residents of South Africa are planning to move out or as in many cases, have already begun to do so.

So a question arises, an obvious one at that.

If one goes by the data gathered from the respectable platform- New World Wealth Index- then residents whose total worth is approximately USD 1 million, that’s R14 million (Rands) have been living in South Africa since 2009.

And where it stands at the moment, then around 38, 400 High Net Worth Individuals have been based in South Africa for a while. But now, it doesn’t seem whether they’d stick on for long.

So what could’ve possibly gone wrong and who’s to be blamed?

Truth be told, it appears that much or all of the blame actually rests with the weakening South African currency. Frankly speaking, where it stands at the moment, then the rand is weakening and isn’t in the best of financial health anyways.

Moreover, where data from the last year serves an example, then the richest of the rich- as one of the most important publications The South African put it, have been willing to take their chances elsewhere.

All of this leaves South Africa grappling with a bit of an existential crisis.

The researchers who closely follow the country’s economy and other interesting affairs have submitted their findings: 4 000 SA residents have left Mzansi since 2009, to take their chances in Europe, America or Down Under. And a quote was shared, too that stated:

“Based on our estimates, around 4 000 HNWIs have left SA over the past 10 years. Most of these individuals have gone to the UK, Australia and USA. Switzerland and Portugal are also popular destinations.”

That being said, the reaction of the rest of the larger population about South Africa’s rich and effluent looking for greener pastures outside of the “Madiba-country” are severely critical.

On several national publications, the response of those following this piece of news (or development) has simply been toward criticizing their course of action, with many individuals actually calling this clout as “unpatriotic!”

Nonetheless, truth certainly is that the land of the Proteas has to get its act together toward repairing an economy that has certainly seen better days and once the lockdown nears its end, the ruling government under Mr. Cyril Ramaphosa will have to bat on the front-foot, auguring for much-needed change.

Home » Do You Know How Many Wealthy Residents Have Left South Africa? 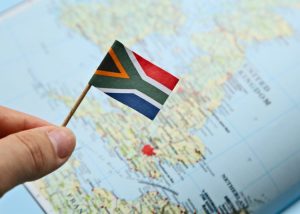