It’s honestly been a roller-coaster year for Israel, which, in hindsight, is another norm of sorts for the Jewish state. In 2020, thus far, the economy has seen woeful days with a slight drop in the GDP, there’s been a massive political campaign to get a coalition between current PM Netanyahu and Benny Gantz (former decorated soldier and current minister of defense).

Other than that, there’s been widespread fear and understandably so, for the ongoing pandemic. And moreover, it’s been quite an eventful year in that never before have Israel’s diplomatic and bilateral ties (and relationships) with UAE countries been so respectable and close as what one sees now. The days of cold distancing from one another associated with grim feelings and that economic distancing, it seems, are long gone and brighter times have turned around the context of Israel’s massively developing relationship with the UAE countries.

Where 2020 brought about economic worries and healthcare concerns, it was also a year of resounding geopolitical success, with Israel closely linked to prosper with Bahrain, Oman, Abu Dhabi, and other Muslim-majority countries. Much of the credit for this drastic turnaround has been put down to the success of the intelligence services for their negotiation skills.

Other than that, the economy, it can be said has seen better days. It was before the month of May, where the economy was shut. The economic reopening only started in midst of the fifth month of the year. And maybe that’s where, according to social scientists and think tanks, that the trouble lies.

It’s believed that a new surge in cases sprang to life in the post-May period and where it stands as of now, the second lockdown in Israel is slated to happen.

You read that right. More than being perturbed about another scathing attack by any of its Arab neighbours, with whom the Jewish state has fought several tumultuous wars in the past, Israel is most concerned about the second or new lockdown that may descend in the next forthcoming days.

So what exactly happened and how did it all come to this? According to Bloomberg.com, here’s what has already happened and may affect the coming days in the imminent future:

An inner cabinet of ministers late Thursday approved a two-week, full-fledged lockdown, to be followed by two more weeks of strict limits on movement and economic activity. After that, if the situation improves, restrictions would be applied only to communities with large outbreaks. The plan is subject to the final approval of the full cabinet on Sunday and faces opposition from some ministers.

The economic damage would be fierce, with nearly one-fifth of the labor force still out of work even though the country reopened by late May. A monthlong lockdown would cost the Israeli economy about 15 billion shekels ($4.4 billion), the Finance Ministry’s chief economist estimated Thursday.

That being told, it can only be seen where might the country be headed to, upon the completion of the upcoming 30 days or so! Will we see, continued shut down of schools and other public institutions? Will markets, cafes and restaurants, cinemas and theatres, and other places used to public gatherings continue to remain in a shutdown mode? Perhaps it’s still early to tell that where the second lockdown in Israel stands. 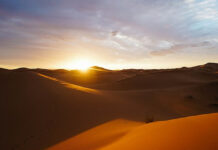 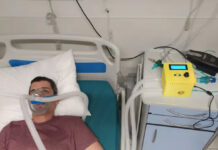