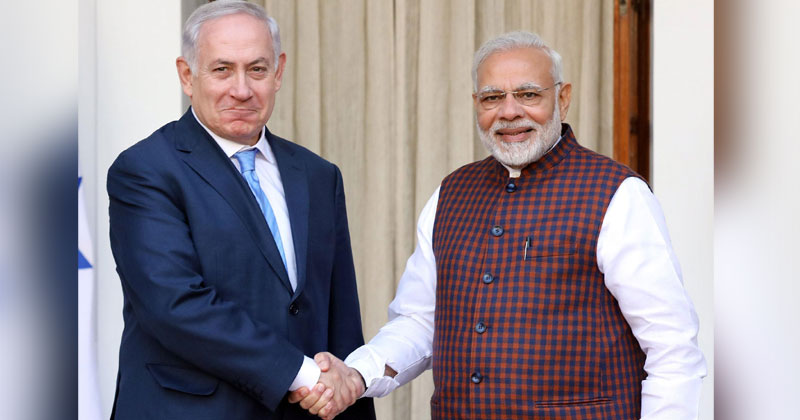 Israel has it, even as it will go to all possible extents to deny it. The United States has had it for years altogether. India’s had it since the past few decades. But Iran having it is a ‘world’ problem. You don’t go ‘Nuke’ with a fluke.

Israel’s Prime Minister Benjamin Netanyahu could well be visiting India, sometime in the future, it is reported. And where the current developments stand then the prime leader of the Jewish nation-state could well be in the sub-continent in early September to discuss a host of issues which shall, of course, include the possibility of witnessing a Nuclear Iran, unless otherwise.

But stop for a second. Not everything is all hunky and dory in Israel at present.

Not for the first time has the Jewish state been bewildered by the question of Iran possessing a nuclear bomb, a coordinated process that goes back in time, circa 1970.

Concerted efforts by the United States and its closest ally in the Middle East toward taking a step against the alarming Iranian development only heating up an issue that actually stares the world in the eye.

And let’s not confuse it even for a second. Under the rule of former leader Mohammed Reza Shah Pahlavi, Iran began setting up as many as 20 different nuclear reactors, although with full US backing and support.

It’s of course a different story altogether how a rather docile and “within its limits” Iran went from being a possible nuclear power into being a nation at the forefront of vast nuclear capabilities, with the world media reporting every single move of the Islamic nation closely as if there being a giant surveillance system taped on the face of the Shiite republic.

While the United States and Israel have been more than aware of the dangers of a nuclear-capable Iran, what one has to gauge is how South-East Asia will respond to the Middle eastern development, particularly from an Indian narrative.

It’s worthwhile to note that a host of Asian nations receive rich quantities of oil from Iran, one of which happens to be the world’s largest democracy, India. Should India leave Iran in the cold, to put it simply cut massively critical oil import ties, it could well push forward a major geopolitical narrative, which would directly involve Israel and therefore, the United States.

Here’s where Iran stands at present on the nuclear deal, in the words of The Washington Post:

Iran said on Sunday that within hours it would breach the limits on uranium enrichment set four years ago in an accord with the United States and other international powers that was designed to keep Tehran from producing a nuclear weapon.

It’s important to note from an Israeli standpoint, Iran having nuclear weapons at its disposal is an insurmountable problem, the polarising issue going as far as dividing the Israeli Prime Minister and a former Mossad chief on whether to go on an out and out attack against Iran in order to curb the ‘situation.’

Truth be told, while Netanyahu was all for it, the late-great Meir Dagan– according to some- went as far as saying it would be highly ‘stupid’ of Israel to do so.

Ever since the Israeli PM alerted the world, in his earnest bid to direct its attention toward the Iran Nuclear program- remember the speech at the revered United Nations- there’s been a tight-lipped feeling that Israel might flex its muscles over Iran.

So far, nothing’s happened although it’s important to note that more specifically from the onset of 2010, a herd of Iranian scientists working on taking the nuclear project to its completion has been ‘wiped out.’

For all these reasons, it is expected that among the top priorities for Israel at this point in time remains India’s alignment on the Iran strategy, even as critics label the Jewish homeland’s concern a bit ‘reactionary.’

And here’s what The Hindu noted in lines with Netanyahu’s imminent visit:

Mr. Netanyahu, who was due to be in Delhi in February this year, also just ahead of the last Israeli election, will make a “short visit”, possibly just for a day on September 9, where he is due to meet Prime Minister Narendra Modi, and discuss the bilateral relationship. However, the final date of the visit was being worked out, the sources said.