There’s a famous saying that goes on to say that money can’t buy everything. But maybe, we always had that in the wrong.

For sure, it can buy you a castle, the fastest sports car on the road, a princely villa nestled between the Swiss and French alps. You can throw a glitzy party at the Palace of Versailles. You can lay your arms around the most expensive pieces of Swarovski and shower some lady love on your better half.

But let go of these worldly, frivolous shenanigans. Why not buy an intimate piece of the mother nature, something you hitherto thought wasn’t up for sale?

Well, here’s what you ought to know.

In order to make the above a real-life endeavor, you’d have to travel to the Posbury Clump, a lush green, hilly, scenic part of England nestled in Devon, southwest of England.

There, amid the wide valleys and serene silence, you will find no dearth in beautiful and historic scenery, an irreplaceable part of which happens to be an extinct volcano. Apparently, facts point out to this being a really ancient volcano. Believe it or not, but this is supposed to be a 250-year-old extinct volcano, which still attracts tourists from far-reaching destinations.

Now while the above may not be a typical off the shelf piece of property, but all of it, literally the entire extinct volcano in England can be yours if you are willing to shed some money.

Wondering how much is it going to cost you after all?

For a sum of £50,000, which translates to roughly $80,000 the entire extinct volcano of England-based Posbury Clump can be yours for the taking. The respected English realtor Jackson-stops is behind the out of the ordinary purchase arrangement.

In addition to selling this extinct volcano, the firm is also selling a volcanic woodland and cottage, part of the Posbory Clump estate, which is currently owned by the former convent of Posbury St. Francis. This woodland currently encompasses a giant-sized area of around 4.9 acres of land, a vast majority of which has been currently designated for the purposes of scientific research, owing to the strange nature of rock found here.

The Weathernetwork elaborated more on the nature of this awe-inspiring territory and shared, “The land consists of a former quarry, which was last worked on at the beginning of the 19th and 20th centuries. The hard, basalt stone was particularly regarded locally and was used in the erection of well-known buildings Crediton Church and Medland Manor, among others.” 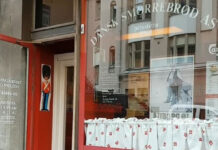