The most obvious result of freewheeling political relationships in that part of the 21st century where opinions are formed at the behest of rhetorics and no-holds-barred social media rants is that anything that a leading political figure suggests in the light of an opposite number is more often than not, polarised, even though it is initially subjected to some form of acceptance. So when a few hours back President Donald Trump suggested that in reality, Germany “does nothing for Ukraine,” there was an overwhelmingly blank reaction from the point of view of Deutschland which, believe it or not, didn’t exactly deny Trump’s claim, even as full-fledged reactions followed quite sometime later.

But first up, a key fact! Whether you establish a contact with a leading economist, a student of Geopolitics in the Sophomore year or a widely regarded historian who happens to write about Europe in detail, one can’t deny what’s commonly known: Germany wishes to see a rising, developing, and importantly, a stable Ukraine.

Over the past few years, Germany has constantly been supporting the transition of Ukraine to a “Market Economy!”

From a geographical perspective, Germany has always supported Ukraine’s territorial integrity and does not recognize Russia’s annexation of Crimea. The fact that implicit in Germany’s relationship with Ukraine is continuity in political dialogue (constant visits from both ends recurring since 2018) should immediately refute President Trump’s rather pronounced assessment of Ms. Merkel’s handling of Ukraine when she suggested, “Germany promises a lot about Ukraine but does nothing!”

But one wonders while Trump would any day keenly engage in a slew of histrionics, not necessary that they have to always make sense, there’s no sense in suggesting that what exists between Germany and Ukraine is an economic charade when numbers clearly suggest that from the onset of 2014, Germany has actually pumped out €1.2 billion ($1.3 billion) of bilateral financial aid into Ukraine.

That said, while it’s not clear whether any economist would hurriedly rush to the gentleman occupying the most potent and powerful political seat in the whole world to suggest that his lewd claim was a bit of an underestimation of Germany’s co-operation with Ukraine, it’s hard to imagine why a country would pump such an astronomical amount without a fickle of interest?

Another case in point suggests that Ukraine happens to be one of Germany’s closest and most important trading partners and nothing could strike out the statement of fact that Germany actually happens to be Ukraine’s second-largest supplier of imports.

Furthermore, a pronounced involvement between two culturally vibrant and touristic European countries can be gauged by the fact that at the present moment, as many as 1000 German companies are operating in Ukraine.

To that end, that the German Chamber of Commerce Abroad was established ( in Kyiv) in 2016 to further the interest of German corporates in Eastern Europe further states the continued co-operation between the two nation-states on the grounds of economics and trade.

But above anything else, what should rightfully concern the purist; historians and economists or any of those who keenly follow geopolitical developments is that the fact that Germany happens to be the third-largest donor to Ukraine after the EU (as a whole) and the USA should clearly underline the lasting contribution that the Merkel-led country is persistingly playing in Eastern Europe.

At this point, active projects that delve in distinct realms such as Essential Supplies, Housing, Employment to solve crises pertaining to a dearth in social and physical infrastructure specifically toward Eastern Ukraine seem to suggest Germany’s continued role toward helping the raising of financial aid for a country that truly welcomes some.

But to the number crunchers, perhaps nothing would suffice other than stating that back in 2014, Germany extended to Ukraine an untied loan worth a hefty 500 million euros. That same year, Deutschland further extended humanitarian aid which was worth 110 million. This, it must be remembered, was independent of the bilateral assistance provided by various ministries.

One wonders, if that doesn’t convey the intimacy of Germany’s relationship with Ukraine, then what will? 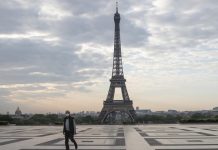 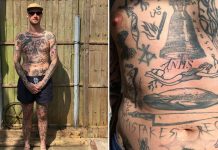 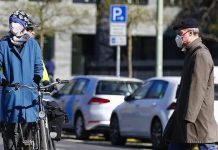 The Lockdown Has Eased In Germany. But The Locals Point To Simple Ways On Coping With Normality!