One of the most grotesque of all modern crimes is slavery. It’s a brazen assault on the dignity of a people. It’s an outright attempt to plunge hundreds and thousands of honest human lives toward the grim realities encircled with darkness; lives that could’ve been so fervently been directed at some meaningful endeavour.

Slavery is that blithe on the contemporary world’s face that presents itself with an ever-looming threat to devastate the appearance of the world. And among the countries, that is growingly experiencing an increase in slavery is none other than the United Kingdom.

Elderly abused in their homes and several hundreds of people experiencing a rising culture of xenophobia, the United Kingdom has to make its way out of a cesspool of indifference, among them, a rising onslaught of sorts- slavery.

A recent report suggested a cold-blooded shockwave, a kind of a report that will certainly induce horrors among the caring, sensitive or conscientious citizens of the United Kingdom. It’s believed that many of the people who are commonly found employed in the nail spas of London are actually more than simple workers. They are, it is believed, victims of slavery.

In the last decade or so, the world has witnessed a propulsion of a rising fashion culture. Gone are the days where hair salons or makeup studios were the only illustrious products of a fashionable age. Nail spas are a constant in a society that favours and feeds on a cosmopolitan rush such as the one seen in London.

The truth out there, however, is far grimmer and dark as compared to the happy go lucky existence one’s accustomed to experiencing in a great city like London, an assortment of eclectic cultures and colours. In the recent times, security agencies have been of the view that seemingly harmless nail spas across the UK are being used to secretly embezzle black money and hide away young girls, to be used as ‘objects’ that can lead to the cohorts earning a rich sum of money by ‘trading’ young, listless lives.

On the radar of police and security services- whether MI5 is included on the list or not, one cannot say- are the Vietnamese nail bars and spas that have mushroomed particularly in England. It’s believed that a lot of nail bars are actually the fronts for engaging in slavery, among the great scourge of our times.

It is said that the Vietnamese nail bars and spas are using their cash-heavy structure to launder money from cannabis farms and are, in some way or the other, in view of the law enforcement bodies, connected to crime syndicates that are of course, illegal. Illegal immigration, therefore, is the commonality between different nail salons across the country.

In fact, so grim is the reality of lives suffering behind closed doors morphed with coloured, fashionable existences that even young males around the age of 18-19 are rumoured to have been ‘exported’ forcefully from Vietnam to engage in immoral or criminal acts of nature. This is, without doubt, an discomforting news that can never appease those who believe in values like freedom and social justice and still abide by that thing called Human Rights.

It is believed that there are proper gangs out there that ‘recruit’ young boys and girls from Asian countries like Vietnam where they are brought in to the UK, to be further ‘commoditised’ for enslavement and all kinds of malpractices, some of which, most of us by now would have formed a picture of, in our minds.

According to a recent report published in one of the revered British media platforms, The Week suggests something heart-breaking and therefore, forms a true extent of the suffering of commoners.

Police recorded 2,255 cases of modern slavery in the last year but estimate there are “tens of thousands” of further offences that go undetected, the Huffington Post reports. Can someone make the world at least a little better than what it truly is, at this point of time, for this disparate, jaded lot? 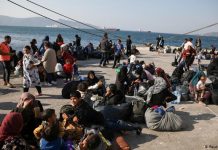 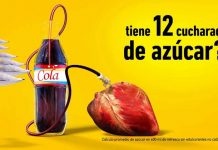 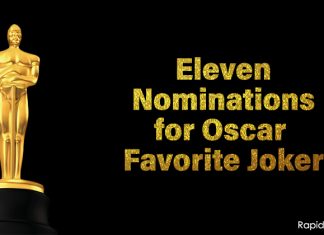 Akash Saini -
The dark comic thriller by director Todd Phillips has great chances of winning multiple awards in the categories for best film, for...