It’s a rather absurd slice of reality that something that’s rather tense out there in one of the most accomplished of all European powers has everyone scratching their head in confusion and should one also say- cluelessness?

Apart from the fact that up to this point in time, there’s been no suitable consent and resolution of the infamous yellow-vest protests and dozens of demonstrations against rising taxes, a big problem up Macron’s alley is the case of birth deformities in France.

Yes, you read this right- birth deformities in France, in fact, in rural France to be precise has got everyone thinking and the medical fraternity looking for desperate answers.

But make no mistake. Here’s the fact of the matter.

One of the matters that has rocked the cradle of medical frat in France is that of an investigation that has been launched into the strange case of deformed babies. After all, why’s it so that dozens of babies born in France are found minus hands or arms? Truth be told, what’s rather worrying is that the trend hasn’t been a new radical development.

This has been the case with babies born in France since 2000. A handful of rural areas in France are known to be experiencing the awful predicament, perhaps the worst kind of nightmare that could ever strike a parent and a child, isn’t it?

In the rural region of Eastern France, toward Ain, there have been several cases of babies born with limb defects. The same predicament has struck even the Western region of the country, such as Morbihan and Loire-Atlantique.

What on earth is going on, one wonders? So far, no breakthrough whatsoever. Reuters, in a recent report on the shocking development, made public some startling revelations hereunder:

Media reports of the births have raised alarm among the French public that they might be caused by some kind of toxin in food, water or air, or that pesticides might be responsible.

But the long-awaited interim report by Sante Publique France, an agency of the Health Ministry, offered no relief to families looking for answers.

The expert panel concluded that there was no evidence of a “cluster” of cases in the Ain region, where it said there were six cases. It said there was a cluster in Morbihan, which it said involved three babies.

Apparently, where it stands today then an elaborate team of investigators has been formed that has turned up a 265-page dossier on the case of the birth deformities in France.

While none have been able to put a finger to exactly what the source of the existential problem is, what’s known is that a set of environmental problems shall be considered later.

But then, one wonders, what about any common pattern, if it might be asked? In the recent article, Reuters’ report suggested the following:

Epidemiologist Emmanuelle Amar, who first revealed the birth defects in Ain, told Reuters last year the only thing mothers of the affected babies had in common was that they lived in cereal-growing areas amid fields of corn and sunflower.

So that told, can the awful trend be reversed sometime in the future? Will France be able to work out a solution? 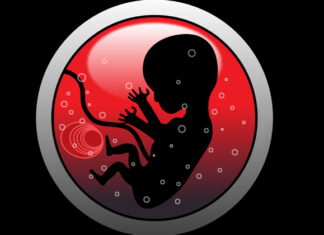 Akash Saini -
In the past decade, the process to store umbilical cord blood has been consistently advertised. As a result, every expecting parent is...