Donald Trump’s support has taken a dive in the last ten days due to his outrageous comments at the 1st Presidential Debate decimating his political recovery since September. This is a major threat to all the political gains the other Republicans had achieved for taking the control over Congress.

Trump’s own party members were constantly criticising him and his policies but now they have taken a step backward because they still believe, that it will somehow help Donald Trump to compete through the Election Day.

Trump has taken a bite of dust in public polls of three states where he really needs to win on the judgement day i.e. Pennsylvania, Florida and North Carolina. If the 2nd Presidential debate’s result goes against Donald Trump then the Republicans may consider to abscond him openly to save their own political careers.

Donald Trump’s remarks on a former beauty pageant winner and on Hillary Clinton’s marriage came as a shock to many Republican members and Kentucky’s senator Mitch McConnell has expressed his concern and said that Mr. Trump can lose the number of supporters among women.

Some of the Republicans have already distanced themselves from Donald Trump, Robert J. Dold is one of them. Mr. Dold issued a video featuring himself in which he switches off  the television when a commercial of Donald Trump and Hillary Clinton is broadcasted.

Republican Scott Garrett of New Jersey is seeking for a re-election in a district where Donald Trump is lacking behind in Public Polls to act as a backup plan for Republicans to face Hillary Clinton but no confirmations has come till now.

On the other hand, Hillary Clinton’s campaign has seen an increase in the number of supporters after the Presidential Debate and majorly among non-whites, women and young voters.

The stakes for the next Presidential Debate have risen after Mr.Trump issued his tax records in public which have unveiled that he may not have given a single penny since 1995. Second Presidential Debate is scheduled on 9th October at Washington University, St.Louis. 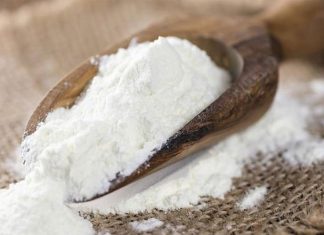 Akash Saini -
The milk powder is essentially milk solids. It is made by removing the water from the whole milk, which consists of around...