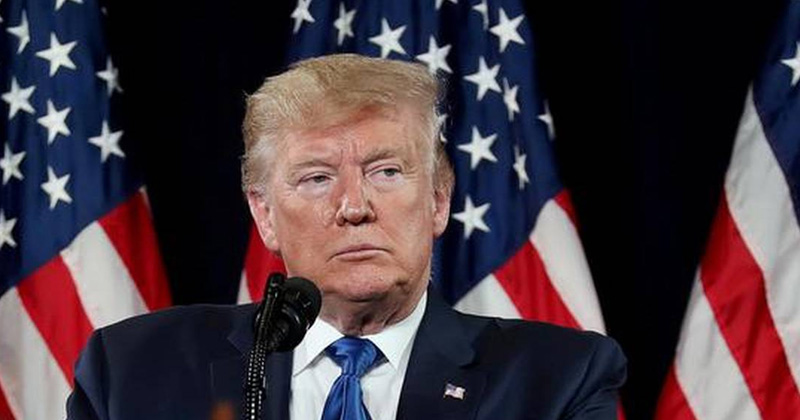 Two things as such are a source of constant menace for India. The rising state of pollution in the country and the ever-evident population crisis. But as if these twin problems weren’t enough in causing a grave headache to India, the country now has to deal with the wrath of none other than US President Donald Trump.

In a recent statement made directly to the national media, President Trump suggested that the garbage from India reaches all the way to Los Angeles, in California, United States.

While the statement may come up as a rude shock to most level minded individuals, the US President didn’t seem to back off from his outrageous claim and went on to defend his statement by highlighting some facts.

In an address to the Economic Club of New York, Trump was of the view that most countries had been taking advantage of the United States until he came along to save the country from rack and ruin of the developing world.

Speaking to the audience on the subject of climate change, Trump was scathing in his criticism of countries like India, China and was of the view, “climate change is a very complex issue.”

He would also elaborate his own stance on the issue of climate change, describing himself as an “environmentalist, believe it or not!”

Speaking on the urgent need for the US to breathe in clean air, he stated, “I want to have the cleanest air on the planet and I want to have water.”

Furthermore, Donald Trump also mentioned to the audience that the United States withdrew from the ‘one-sided,’ ‘horrible,’ and ‘economically unfair’ climate accord that killed American jobs and shielded foreign polluters.

But it appeared that Donald Trump’s main reason for criticizing the likes of China and India surfaced from the reason that these are countries that were responsible for corralling Washington into the Paris Accord on Climate Change, thus putting the onus on the United States to clean up much of the planet while absolving themselves of any responsibilities for similar action.

In raising trenchant criticism, therefore, at the likes of China and India, while also dragging Russia into the scheme of things, Donald Trump suggested that “many countries are doing absolutely nothing to clear their smokestacks and all of their garbage that they dump into the sea which floats into Los Angeles.”

Stepping away from the criticism, it appeared that the US President was referring to the Great Pacific Garbage Patch- which is nothing else but a vast collection of marine debris that’s floating between Hawaii and California.

Although, upon some thought and deliberation, the experts were of the view that it were countries like China, Vietnam, Indonesia, and the Philippines that were responsible for contributing to the Great Pacific Garbage Patch and not India.

Therefore, one might argue for the point that in his scathing remarks toward the Paris Accord on Climate Change, the US President did, after all, drag India’s name a bit irrationally. But then, knowing his penchant for the diatribe, is this even a surprise?