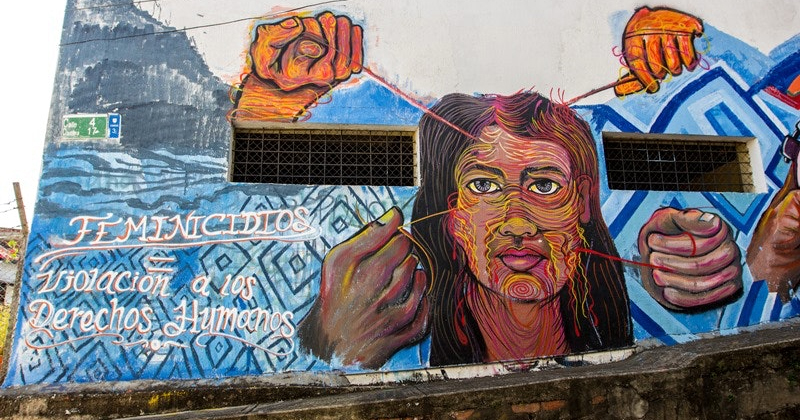 There’s this highly captivating feeling about walking down the streets. It’s a legitimate, unbiased feeling against the norms of captivity; akin to breaking down the shackles and breathing in fresh air. Oh, what an inspiring sense of freedom does it bring. It’s a feeling that not even being driven around in a fancy, imported luxury wagon can match. The touch of unflustered wind, kissing your face, greeting your hair, as if removing gushes once and for all.

Can anything else be more liberating than being in a community, in the midst of a discussion, speaking of welfare, exchanging ideas, pleasantries and simply- expressing oneself in the midst of a gathered crowd in the streets? Perhaps, not, right?

Now imagine the sheer sense of resplendence that street artists feel when they began to paint their imagination in vivacious sprays of unmatched creativity? It’s a feeling like no other. That said, for some reason the street artist community- in parts of the world- whether rebellious, hampered, biased and unruly- has been one dominated utterly by males or the menfolk. Why’s that the case? Well, there’s honestly no catchy answer to that.

But what is known, in fact, is that not all of street artists are men, especially when it comes to Colombia and its cities. In what might be termed a bold, new stop to tackle the issue of sexism- the Colombian society being one that augurs well for all things male ahead of female- has seen a burgeoning in the rise of child street artists, many of them females.

Colombia- it isn’t uncommon news- is in a bit of a strife. Crimes against women are rampant. It’s nothing new or unprecedented to see men being rewarded solidly where vocations and employment opportunities stand. Gender bias is a main issue that not even the most constructive thinkers in modern Colombian society are waging a war against. But if you visit places like Silo, in the mountainside crime-infested neighbourhood of Cali, you will find walls painted with heightened imagination showing vivid hues and bright imagination.

Women, despite being fairly new to Colombia’s ever-growing semi-licit graffiti scene, are managing to make their voices heard; rather, read artwork seen. It is believed that surplus of urban spaces in cities like Medellin, Cali and Bogota have given women a new lush to shape their ideas on the empty canvasses of walls in streets. Women in Colombia are instructed even for basic rudiments of civic life: such as being told to be accompanied by men when walking down a street. The art form- believably, as a result of growing angst and decades of underpinning what is often loosely bandaged as ‘a weaker sex’- take to spraying walls in streets. These have become growing symbols of female empowerment.

Ideas take the flight of fancy, transforming the narratives from everyday lives where instances of racism commonly afflict Colombia’s African community. Then there are plenty of other issues that are transformed into colorful drops of creativity such as cat-calling and growing cases of abuse. But Colombia’s enterprising bunch of women street-graffiti artists are often smart in taking to Instagram to tag their work and spread it across the boundless realm of the World Wide Web. Now, that’s some progression, finally and at last, right?