Home World Asia When The Rarest Of The Rare Happened: A South Korean Who Defected... 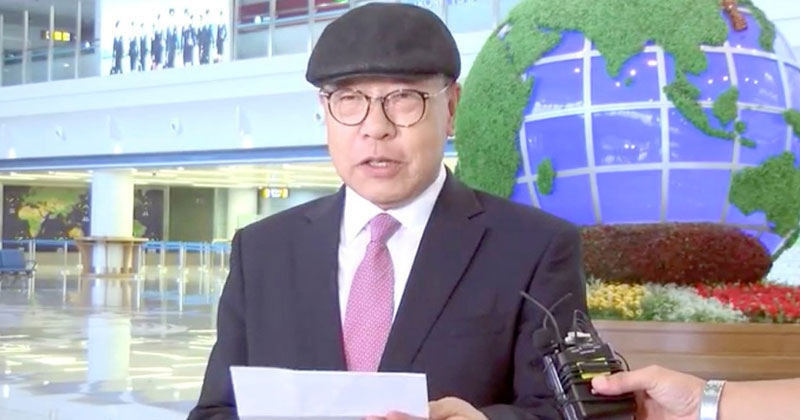 Turn of the tide. The reverse order. Changing of the order. A polarising opposite. What you are going to read now perhaps beats any of these analogies?

In what comes across as a rather strange, rather an absurdly strange order of things, it appears that a perfectly sane and normal man happens to have defected to North Korea from South Korea.

Put on the one hand a country that’s bellied with a perfectly normal human existence, great job opportunities, a progressive economy, an absolutely stable population, a growing GDP and regular standards of living and on the other, a nation that’s an exact opposite; one riddled with poverty, deprivation, destitution and literally, modern-day concentration camps?

In a nutshell, that’s the South Korea vs the North Korean debate- is it not? So what made one Choe In-guk defect to North Korea? What’s rather strange about this strange turn of events is that the South Korean who reached the infamous and widely reviled Kim-led dictatorship is the fact that the man was about 73 years of age.

Usually, defections to the other side of the border from South Korea are rare in nature and they happen the other way around. In the past several decades, one’s practically gotten used to witnessing exemplary tales of both men and women escaping the inhuman and brutal ways of the parochial, undemocratic North Korean mainland.

Yet, when instances like these happen, one’s bound to get struck by a surprise- isn’t it?

But that said, it appears that the septuagenarian is sort of consumed by a rather whimsical idea; that of the reunification of the two isolated and separated Koreas.

And perhaps that is why the man happened to put the following claim in a propaganda website published in North Korea: “For the rest of my life, I’m dedicating myself to the idea of reunification of North and South Korea!”

The popular propagandist website that goes by the name of Uriminzokkiri happened to share the following in regards to the arrival of Choe In-guk:

Uriminzokkiri posted photos of Choe, wearing a Western suit and a flat cap, arriving at the Pyongyang airport, accepting a bouquet of flowers, before going on to read from a handwritten statement.

But what’s even strange in the arrival of the man in his seventies into North Korea is the fact that his acceptance in a debauched state was rather peaceful instead of him being subjected to prying and doubting eyes. There was absolutely no mistreatment extended to the South Korean.

That told, here’s what makes Choe In-guk’s arrival in North Korea bizarre than most would come to know. According to official numbers, each year several individuals put their lives on the line to exit the Kim Jung un-led dictatorship. Apparently, as many as 1000 even end up losing their lives.

And then, there’s this old man who’s chosen to willingly flirt with danger having defected to a country that’s completely opposite to the idea of human rights or democracy.

Which City Has Overtaken Paris As One Of The Three Most Expensive Cities Of The World?

The Plight Of Singapore International Airlines Explains The Impact Of Coronavirus...