So there it is. In comes a piece of news from the very country that may not exactly be anyone’s idea of a nation hugely favored or liked especially in the times the world finds itself in. As much of the world still ferries or treads cautiously owing to the genuinely scary healthcare pandemic owing to the Novel COVID-19 virus, there are nations that are gradually moving toward normalcy, or at least, trying to.

Among them, is China, supposedly the very source of the deadly infectious flue known as the Coronavirus. It’s been the one country that has emerged as a hugely polarising figure given how little it has cared to keep the illegal animal trade under check, an illicit market that thrives, one that birthed the infection that’s got to the veins of the world.

And even as we all have come out daggers drawn at China, believe it or not, the world’s first amusement park- a mega recreation park at that- has supposedly reopened in the very country.

So the news is that China’s Disneyland has come to a stage where it is just about ready to be reopened. Now, if that’s not an interesting piece of development then what can ever be?

Also, this is a peculiar development in the sense that much of the world’s mega recreation parks- such as the Ferrari World at Abu Dhabi (in the Middle East), or the massive Disney World in France or the iconic Disneyland in the United States (both Florida and Anaheim, in California) are yet to reopen.

And yet, here we have China’s Disneyland that is all set to accept visitors for all the fun and frolic once again. Interesting indeed, right?

At this point in time, Shanghai’s Disneyland, all major news outlets, have already covered, is the first Disney park worldwide to reopen. But then, there’s also a catch, and quite a useful one at that.

The reopening of China’s Disnelyland, as famous a move that it may be, is also under subjected to certain conditions. Now what are those?

The visitors are expected to show their updated “health certificates” if they desire (to be allowed) to be ‘let in’. This is essential and where it stands, then is an unchangeable or a non-negotiable development. As it is, the Coronavirus pandemic that led to a complete shutdown of all economic and recreational activities at any Disney center around the world has hit the group really hard.

Something had to be done in order to revive the fledgeling operations. Apparently, the losses, as estimated by international news agencies, are of the equivalent of 1.3 billion euros.

And this humungous loss pertains to just the first quarter of the year.

But then, back to where the fun belongs. There are quite honestly, very few places on the face of the earth where one can enjoy as greatly as the Disneyland and truth be told, it doesn’t matter where you go, whether to a Disney park in China, Hong Kong, the United States or France.

Suggested Read: Will Work From Home Become The New Norm In Singapore?

Nothing beats the feeling of immersing oneself in the alley of sublime and endless Disney fun. What a wonderful feeling it must be for the visitors to hit up their favorite place again, right?

Which City Has Overtaken Paris As One Of The Three Most Expensive Cities Of The World? 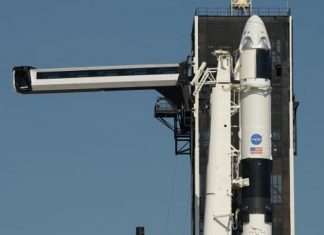