He may not be the most popular person around, but he surely generates the buzz, whether by virtue of his diatribe and fiery views on countless subjects or by holding what is perhaps the most powerful diplomatic and political seat in the world: the office of the President of the United States.

But there’s no denying the fact that not a day goes by when Donald Trump isn’t making headlines, whether or not caused by some rancour due to the statements given to the media. But of late, Donald Trump’s impeachment has been a subject of controversy in and around the United States.

Thus far, it appears that this a major polarising issue, there being no clarity (or certainty) whether, as a matter of fact, he did misuse his position in power concerning the matter relating to withholding the military aid.

What is certain is that, akin to hundreds of thousands of the American citizens who aren’t exactly his greatest fans, it can be said for certain that he’s not admired greatly by House Speaker Nancy Pelosi either, who first raised the issue surrounding Donald Trump’s impeachment citing the allegations made by a whistleblower.

Now here’s what is going to happen.

Once the matter surrounding Donald Trump’s impeachment is passed in the House, the trial for the impeachment would be carried out in the US Senate. The Senate, a 100-member strong group enjoys the majority of Trump’s own party: the Republicans.

But one reckons, perhaps having understood the gravity of the matter and that it stands a chance to taint his political career, obviously, Donald Trump isn’t at his cheery best.

Expressing his feeling to the world through a Tweet- something that doesn’t come as much of a surprise- here’s what the US President had to say:

“It’s not fair that I’m being Impeached when I’ve done absolutely nothing wrong!”

Furthermore, that’s not all that Trump had to say. He would also elaborate his true feelings for his political opponents as he said the following, in his Tweet:

‘The Radical Left, Do Nothing Democrats have become the Party of Hate. They are so bad for our Country!’

While one still doesn’t know whether the matter surrounding Donald Trump’s impeachment is a sincere attempt to expose the chinks in his political armor or whether he is being targeted in the view of a larger political agenda, spun by his opponents, what can be said is that these are critical times in his journey as the US President.

He was, however, unabashedly critical of the action and went on to say:

“It is a witch hunt. It is a sham. It is a hoax. Nothing was done wrong. Zero was done wrong. I think it is a horrible thing to be using the tool of impeachment, which is supposed to be used in an emergency. And it would seem many, many, many years apart,” he asserted.

“To be using this for a perfect phone call, where the president of that country said there was no pressure whatsoever — did not even know what we were talking about. It was perfect; the relationship is perfect. I have done much more for them than Obama did for them. It is a scam. It is something that should not be allowed. And it is a very bad thing for our country.” 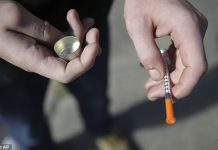 Do you know about the deadliest drug in USA? Fentanyl is insanely dangerous! 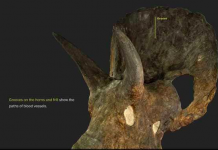 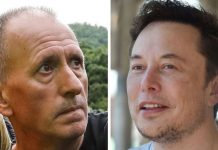 Elon Musk Sued: Tech mogul gets sued by one of the Thai rescuers 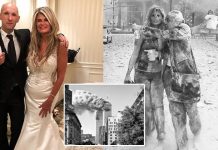 At the aftermath of the 9/11 tragedy, a few friendships were forged rather uniquely