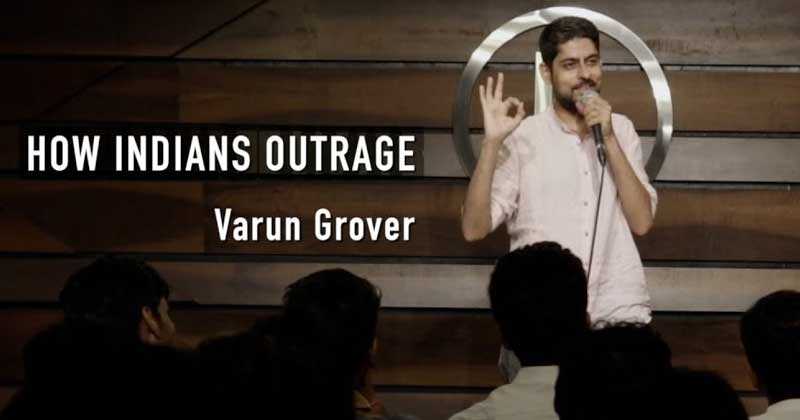 Just think about it. India is a land of 1.3 billion people, all of whom are outraged about something or the other in this country and world.

Love all and stay sane is the talk of yesterday, the new hip thing to be is to outrage over the weirdest thing possible and Indians are doing exactly that. Over the course of last six months, Indians have outraged over a movie, then some other movie, then some actress saying something, then some actress saying nothing, and the list goes on. It seems like we have been programmed to show anger over the most basic things possible that can totally be avoided.
Comedian Varun Grover is here to explain the conceptualization behind the outrage and how Indians show their outrage. While some go out hurling abuses on social media, others have their own thing with public violence and creating riot-like situations to instill fear among the very people they’re somehow protesting for.

He talks about the reaction he got on his previous video about the movie Padmaavat and its story, and also how Indians say the most absurd things when they’re outraged. He also explains how some promises need to be kept by these protesters for the betterment of everyone in the country.

How Indians Outrage: Check the Video Out Here:

This is a bad time to be a social commentator in India at this time, since IT cells are very active in their jobs, especially harmful for comedians who do the mistake of being these social commentators. Don’t believe us? Then you sure would have to take Varun Grover’s word for it.