Home Videos This Guy Aptly Explains Why The World Should Not Care About What... 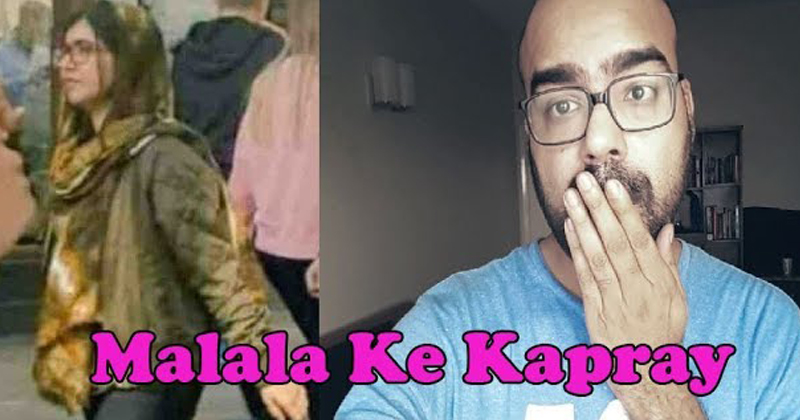 Recently, something controversial blew up on the Internet and among the people belonging to the Muslim religion. It was Malala. However, this time, it was not something bogus and conspiratory but rather an instance from a day in her life.

Like millions of kids, Malala went to college this year. She joined Oxford University and started her schooling in there. From a random day at school, someone got a picture in which Malala was wearing jeans and boots, like any other kid.

However, her choice of clothes became a worldwide debate and people started questioning her character. Yes, it really did happen. Many called her un-Islamic, immodest, characterless and some even started comparing her to Mia Khalifa, an adult-film star. All because she wore jeans and freaking boots.

Finally, a picture of @Malala where she is just being a normal young woman ?
It's quite remarkable how her head is always covered… pic.twitter.com/IIkTjaygxl

The 20-year-old Nobel Peace Prize winner had to face a lot, but then this is not the first time when something like this actually happened to her. Malala has been through instances like these, various times. While some question her shooting credibility, others constantly question her Nobel Prize win.

However, Junaid Akram, a Pakistani vlogger, decided to shed some light on the topic. He aptly described how what Malala wears is none of our or anyone’s business, and how people should think about the future, rather than being stuck in the regressive past.

Each and every word said by this man is absolutely true. No wonder the video is going viral on the Internet. He is speaking the truth with every speck of common sense in it, something that can’t be questioned.

Wouldn’t the world get much better if start working on ourselves, rather than mindlessly pointing others?