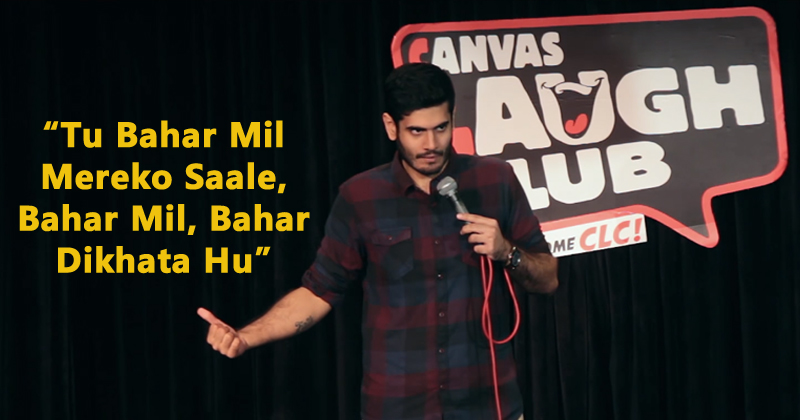 People who get angry about anything and everything are a great source of entertainment, especially when you’re stuck in traffic and certain people just randomly start shouting on each other. Don’t know about you, but we love it.

Deep Chhabria, hilariously puts into record the entertaining ways in which people fight. While some go in full thrash, others still feel the need of using courtesy in mid-fights. Plus, who doesn’t know about random people coming in to solve a fight and then indulging in it first handedly? Everyone, we’re sure. Chhabria also used the context of ‘Tu Bahar Mil’ in fights, which is definitely one of the most favourite comebacks of every North Indian out there, because apparently none of us knows about the real ‘bahar’.

He also talks about this specific kind of people who get disappointed when nothing happens in a fight, too familiar with a lot of people out there. Let’s just put it this way, Deep Chhabria definitely knows what he’s joking about.

As the comedian said, only calm people can look at the funny side of completely non-funny elements in the society.