Guru Randhawa is one of the biggest names in the Punjabi Music scene as of now, all thanks to his one hit after another. He has given some of the most party-worthy songs in the last few years and has grown to become an absolute go-to Punjabi artist for many.

This very reason has made Randhawa reach the likes of Bollywood. The Punjabi heartthrob is going all the right places with right tracks and with his right style. While he first entered the Bollywood scene with ‘Banja Tu Meri Rani’ in Tumhari Sulu, his newest rendition of Patola Song for Irrfan Khan and Kirti Kulhari’s Blackmail is indeed a grooving party song.

The video of Patola song features the leads of Blackmail tying the knot, due to which the makers have officially labeled it the wedding anthem of 2018. And, it indeed is. One look at the song, and you won’t be able to stop tapping your foot and bobbing your head to the beats of this song. 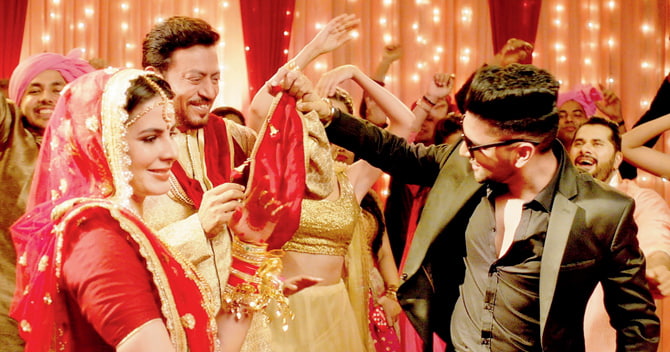 The song has been sung, penned and composed by Guru Randhawa.

The film is slated for an April 6th release and Irrfan Khan fans are already excited for the movie with an unusual and interesting storyline.