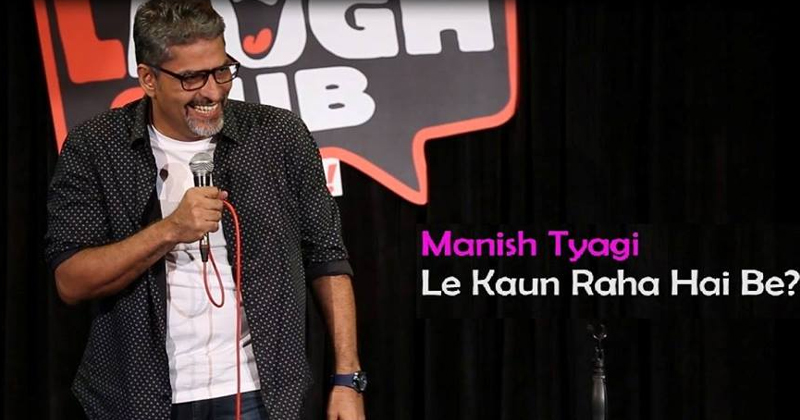 Manish K Tyagi- If you fall under the category of crack-heads who binge watch the videos of Indian comedians then you must know about this comedian. He never fails to entertain his audience cracking jokes upon general miscellanea. Manish’s wit and humor is all about Indian people and their daily lives. He has just released his latest video “Le Kaun Raha Hai Be?” and the fact that we Indians are prone to outrage, his extremely blunt digs will tickle your funny bones.

Manish K Tyagi’s raw yet subversive style of humor has always been the fad amongst comedy lovers. His interactive sessions with his audience allow him to build a better connection and don’t we Indians just love connections? It becomes wittier and cockier with every joke and please don’t get offended as he means to spread happiness only.

The best part of the video “Mainu Tag De Mainu Jagrate Vich Dikhana Hai”. No offense, but show-offs are not yet extinct.

Comedians among other people are a rare breed, when life seems miserable they come into the picture and make us laugh our way out of some of the troublesome problems ever. Manish K Tyagi has been one of such people who has successfully marked their mark on people’s heart.

Manish K Tyagi – You Truly Are A Naughty Ooops! The Knotty Commander!