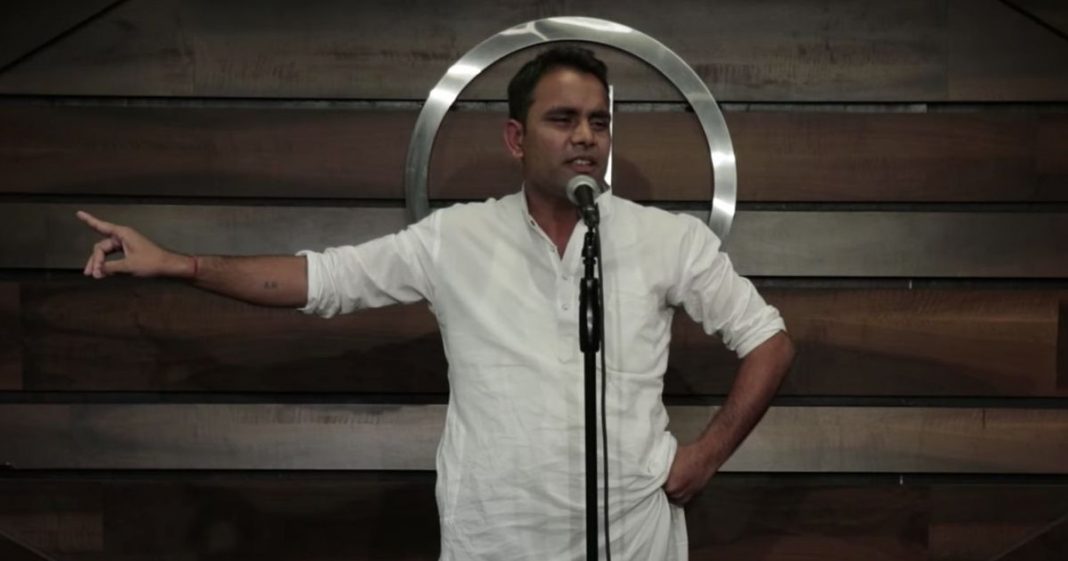 Corruption is a word that kids in India grew up listening in almost every nook-and-corner of their lives. From their school to their homes, from television to park discussions, almost every place in the country is under the cloud of corruption not perpetrated by a mafia or a don, but rather by the leaders of this country.

The same leaders that we choose to make this country work are the ones who are slowly and steadily eating it away. Mind you, the blame just can’t be directed towards one single person, party or volunteer, it starts from the bottom, only to feed the ones on the top. We all are well aware of the corruption scenario in the country, a bit too well, to be honest, maybe that’s the reason why scams worth thousands of crores are not even new to us.

Much like you and I, Ashwin Avi also feels the same and he has penned down his feeling regarding the same with the help of some incredible words. His spoken poem, Loot Machi Hai adduces all that we feel almost daily.

He talks about how complicated, yet simplified the entire idea of corruption, is in this country. From thieves turned politicians to politicians turned thieves, almost everyone is interested in only one thing and that is to fill their pockets, for as long as they can.

The people behind the poem reaching the mass audience have described Loot Machi Hai, as “a politically driven poem is not about any specific person or party. It is about the 70 years of corruption which has crippled us economically, made us educationally backward & brought poverty and unemployment to our land.”