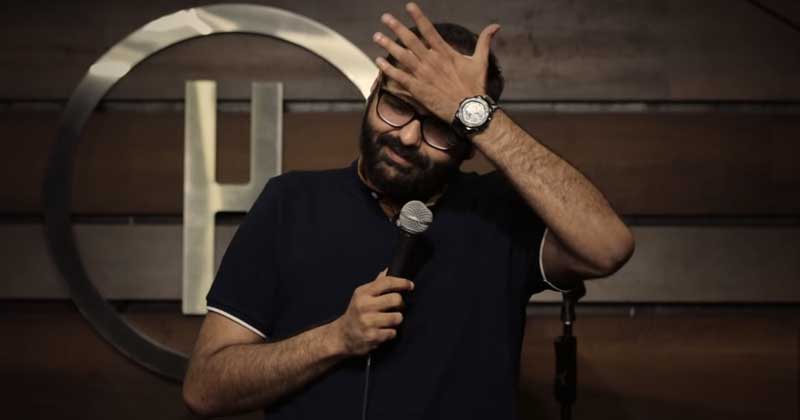 Strawberries covered in chocolate. Women with self-confidence and self-love. Chinese food in take-out boxes and many more, are perfect examples of match made in heaven. Adding to the list of these match made in heaven combinations is Kunal Kamra and an old Indian uncle. We all know how intriguing conversations between Kamra and Indian uncles are, more than anything they’re hilarious and definitely account for a great stand-up set.

We have seen it happening in Kamra’s first stand-up video and if you loved that uncle bit, then his new video will be nothing short than a gold mine for you.

Comedian Kunal Kamra is back with a brand new video and it’s perfect in each and every Kamra sense. With this new video, he not only argues about some really interesting things with uncles, but also puts forth an intelligent and well thought-out argument. Comedians like Kunal Kamra are considered to be an integral part of today’s world, they question the on-goings and authority, which is something many refrain from.

The best part, he doesn’t go for these things in an ordinary way but rather takes an interesting turn to carry it out. Kamra talks about a lot of instances where he conduced a conversation with old Indian uncle and the results are hilarious. From protesting against everything made in China to constantly ordering someone to go to Pakistan if they’ve a problem with this country, Kamra talks about each and everything that the new-age old Indian uncle does in his spare time, that is, lecturing adults to perform and react in a certain way.

Isn’t it just downright hilarious? Can’t wait for the second part of the video, already.