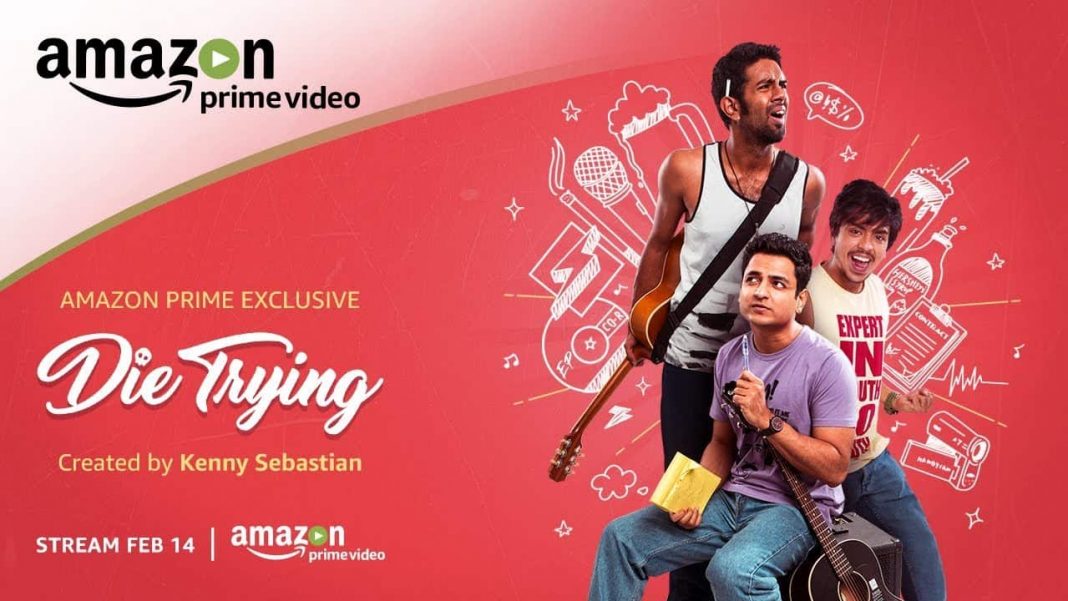 Kenny Sebastian is one of the prolific stand-up comedians in the country who goes on to sell auditorium-filled shows, all across the country. YouTube can certainly be considered a major pathbreaker behind his current success, and he continues to bring joy to his subscribers on the platform.

Early last year, much like various hotshot comedians from the comedy circuit in India, even Kenny got an Amazon Prime comedy special which was received well by the audience, however, now there’s more to Kenny and Amazon Prime journey.

Sebastian has created a show for Amazon Prime and titled it Die Trying. The first look from the show was released today and it looks too awesome to miss out on.

Die Trying is set in 2004 Bangalore, following the story of Kenneth and Rohan, two small-time musicians with big dreams. With the odds stacked against them, Chasing the artist dream seems harder than ever. This is how the makers have decided to describe the show.

As per the trailer, it’s much more than just Kenneth and Rohan. Die Trying is also about Jason (their band manager) Soundarya (the lead singer of the other band, and Kenneth love of his life).

Kenny plays the role of Kenneth, a musician who is quite insecure about his craft, whereas, Rohan is a complete opposite to that. Kenny IRL is already a musician and that can be noted through a lot of his comedy specials which always come with a guitar by his side.

Apart from Kenny, Naveen Richard, Kanan Gill and Urooj Ashfaq from the comedy circuit are also in the show.