Home Videos This comedian’s story of getting appraisal and then fired on the same... 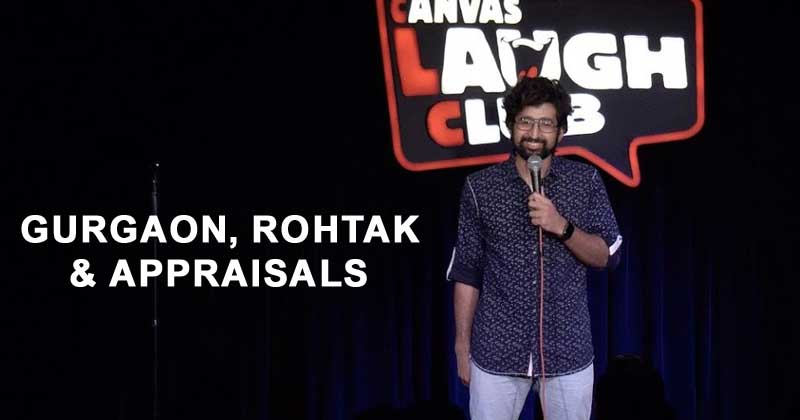 Ever got a good appraisal and then fired on the same day??

Millions of people migrate to other cities, for job opportunities, or to pursue what they love. However, this stand-up comedian, did both at the same time, and shared his experience in his first video on youtube. He talks about moving to Gurgaon, the millennium city, and what he finds special about the same city. He also happens to be a part of a group of lucky people, known as survivors. Most members of this group are known for their alertness, which is exactly what you need to be while watching this video. Because just like Gurgaon, you will not see the punch coming.

Like every individual, he is also concerned about his personal safety, which brings him to another city called Rohtak, which has nothing to do with his personal checklist of adventure sports and adrenaline rush. He talks about how colleagues in Rohtak are different, and what kind of hobbies do they indulge in. He also talks about how fancy outings like Pool parties are travelling from Metropolitan cities, to the cities of Rohtak. For the first video from a comedian, this video definitely brings a lot of life experiences on the table.

In this 6 minute video, he then touches upon a very emotional subject for every working person in the world, the day of appraisals. Appraisals is a day where the entire year’s effort, every long day and night spent in the work, every work from home weekend, every office bunk, Casual Leave, Paid Leave, email, missed and met deadline is shrunk into one single rating. It decides your future with the company, if it exists at all. In most cases, your happiness is not dependent on your appraisal, but on that of others around you. Because nothing messes with your head more than someone who does less work getting paid more.

However, he touches the subject with real flair and enthusiasm, and goes home happy despite being fired. Because nothing cheers up anyone more than someone else’s misery. It feels even better, when you leave your boss behind in a pool of misery, filled with tears of unfulfilled dreams.

The video ends with a promise of another video in a week, which leaves behind some expectations to reach with this first video.