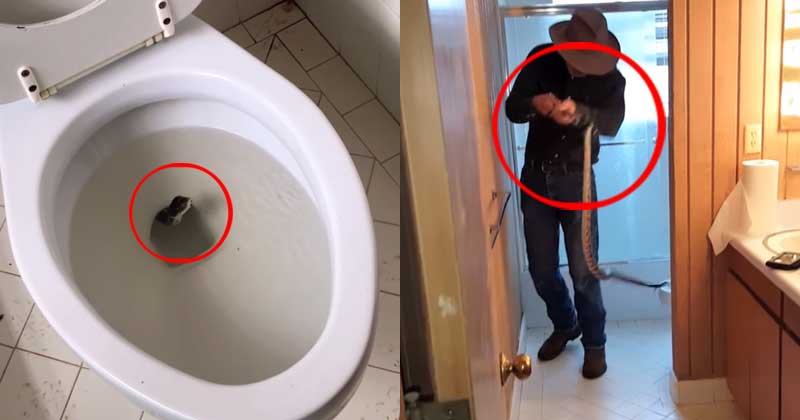 How many of you have thought about something coming out of the narrow pipes of your pot while having one of those quiet moments in the toilet? Many, right? Well, many of us have even to an extent imagined about a possible monster emerging from there while we’re relieving ourselves. In true sense, this is absolutely one of the worst nightmares of almost everyone.

However, this nightmare came true at a Texas home.

William Tedrick of Texas made a startling discovery at his ranch recently, which had been lying dormant for several years. During a little bit of cleaning, someone realised that there’s something in the pot and what emerged from it was nothing short of a monster.

The ranch house had a squatter on the premises – a five-foot snake, simply floating in the pipes of their toilet’s pot.

Thankfully this invader didn’t bit someone’s naked butt or something else and was caught before anything worse could happen.

The ranchers were eventually able to catch the snake, after spotting him in the toilet, and safely returned it to the wilds of Texas. As reported by Mashable, the snake was not poisonous.