Home Trending 7 Weird Christmas Traditions In The World That Will Leave You Dumbstruck! 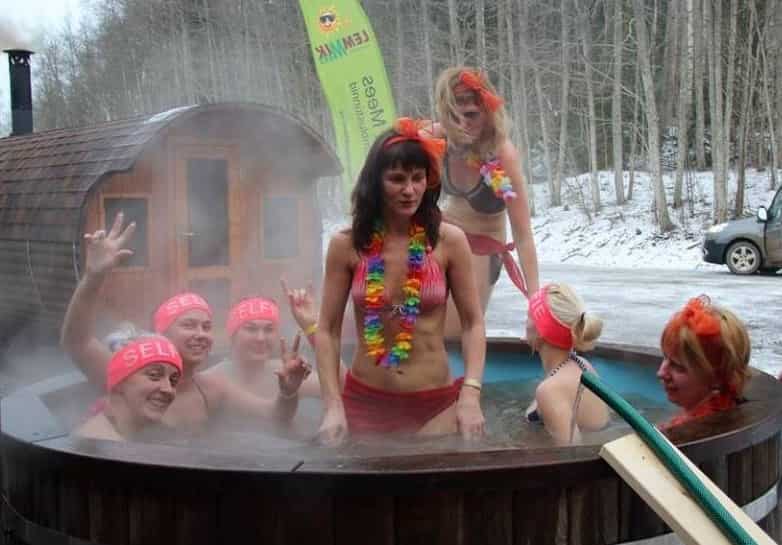 HOHOHO! It’s almost time to say Merry Christmas and guess what, that’s not the only thing that is done on the happiest day of the year. Christmas has bizarre traditions attached to it in the different parts of the world. Remember when you find out that Santa doesn’t exist and you were shocked? Get ready to know some unsettling Christmas traditions that will send a jolt to your nerves and make you want to say WTF!

Every year Christmas is symbolized by Santa and Christmas tree popularly. A ritual that almost existed for forever, only the cavemen must have been obscure to a spruce, pine, or fir tree that is commercialized as Christmas tree and an old man with a giant belly; who comes bearing gifts on this holiday. All of it already appears so puzzling that we never think that anything can be more freakish, but there is nothing that is impossible in the world. After all, Trump made it, and if that can happen, anything can.

So here we bring some of the weirdest Christmas traditions from all around the world.

When Ron Weasley said he hates spiders, we never thought Aragog would appear on the screens. That giant spider was scary but people in Ukraine must have wished to have spiders like him in their country because they use spiders and cobwebs for Christmas decorations. Although they use artificial ones but hey, that too is creepy.

Would you believe if we tell you that Christmas doesn’t fall on 25 December every year? Well for Ethiopians it doesn’t, they celebrate it on the 7th of January and rather than dressing up fancy they wear white. Forget about parties, they do it better, they play a sport called – Ganna; that’s what Indians call Sugarcane. It’s bizarre.

Sorry, Santa you are not welcome here. This country seems to love witches. Children here wait for a witch called Befana and she is their own personal Santa Claus who leaves gifts and grants wishes. Next time Santa doesn’t grant you wishes, ditch him and pray from Befana. (Although be prepared to get scared after all, she is a witch)

People here celebrate the most relaxing Christmas you can imagine. Apparently, families head to Sauna together on this day. It’s nice bonding and all but all that nudity, a controlled version of American Pie may be. Ooh! Don’t want to imagine all of it.

Probably they got the idea of their Christmas from hide and seek game. People in Germany hide pickles in Christmas tree and the child who finds it out first gets rewarded. For a holiday celebration that is so unfair to other children. A pickle decides that you get a gift or not.

If you are single and desperate to get married soon, you must visit Czech. They have an eccentric tradition where single ladies stand on the door with their back and throw a shoe over their shoulder. If the shoe lands with the toe pointing to the door it means they would get married in a year. That’s one hell of a custom to find what’s in your future.

Christmas here is almost as haunting as Halloween. Apparently, there is a folklore about a ghost name Danny. A boy who ate all the cookies left for Santa and his grandmother killed him in her rage. Danny is believed to haunt homes on Christmas. These people should make extra cookies for Danny.

What in hell people believe. Christmas was supposed to be celebrated as the birth of Christ, however people have made all sorts of unusual tradition there could be, you must thank your stars that you are not asked to believe that Santa was actually Dumbledore from Hogwarts or wait…..there must be people who think that it stands correct. After all, we all are born with a little-wicked imagination.