Home Trending This Rajasthani Bride Rode A Horse To Make A Grand Entry At... 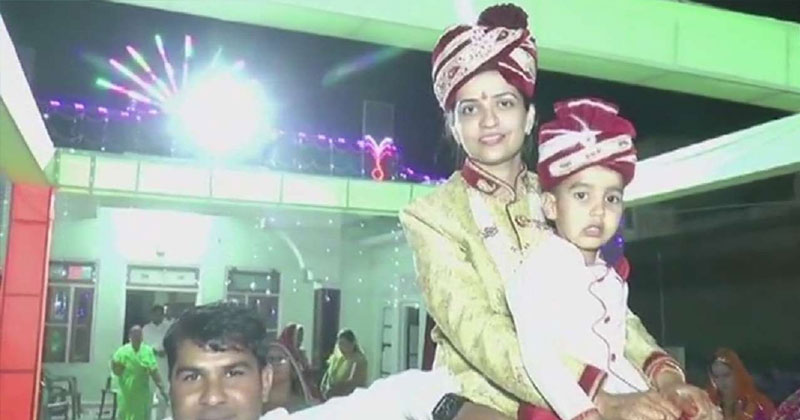 And, the best part. The entire thing was not just done for a grand entrance but also to make a statement about gender equality by breaking the stereotypes.

The wedding that took place in Nawalgarh in Rajasthan’s Jhunjhunu district, when guests and residents of the locality were surprised to see the woman doing the pre-wedding rituals instead of a man. “My family wanted to send a message that one should never differentiate between daughters and sons and should provide them with equal opportunities,” bride Neha Khichar, an IIT graduate said.

Not just the mode of arrival, this bride even chose to ditch the usual lehenga or saree for the occasion and donned a sherwani and a pagdi, just like another groom.

Khichar is an officer at a Mathura refinery and her sister told the ANI, “With this initiative, we want to convey the message that girls and boys should not be differentiated. Like a groom is made to sit on a horse for Bandori, we are making the bride do the ritual.”

As unusual as it might seem and sound, it’s not. Last year, a bride in Haryana performed the ghurchari (riding a horse) on her wedding and even led the baraat around Fatehabad town before arriving at the groom’s house.