Home Trending These Evolution Of Famous Actors And Characters’ Illustrations Will Give You All... 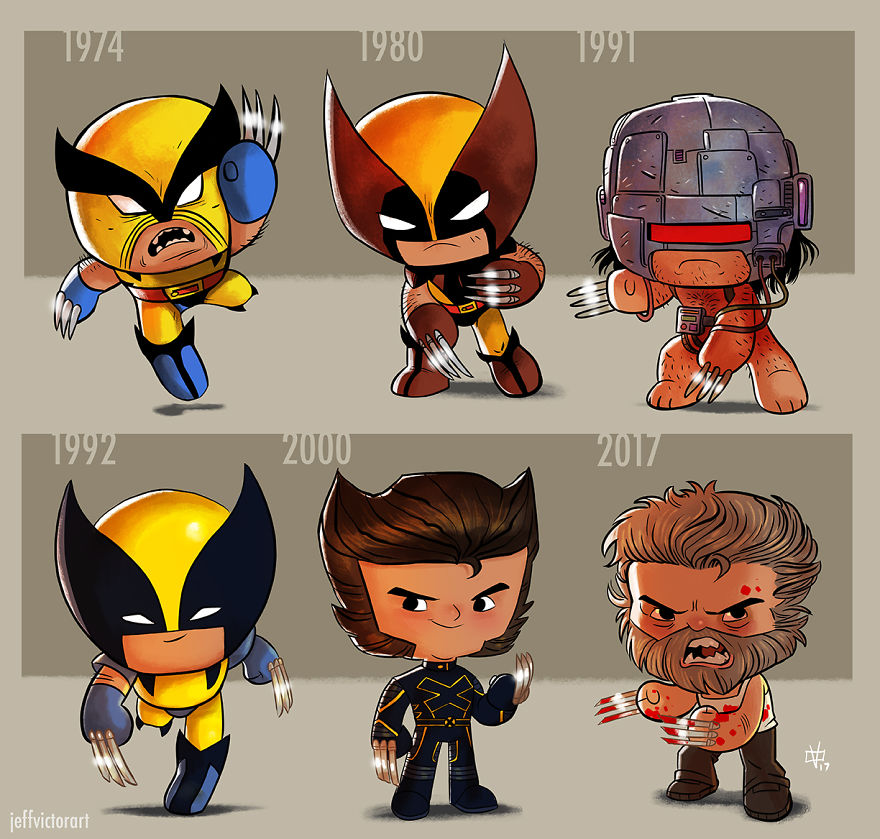 We all have some characters or actors that are very near to our hearts, we have grown to like them and tried to grow just like them, however, one thing is for sure and that is, we admire them a lot. Be it a specific actor like Robin Williams or a specific character like Batman, these people have made us what we are today.

Just like us, there are many others who feel in a similar way and one of them is Jeff Victor, an LA-based artist. Victor is an illustrator and has designed characters for animation at very big studios like Nickelodeon, Warner Brothers, Cartoon Network and Dreamworks. While as of now he’s a children’s book illustrator, he has always been a huge movie fanatic. And, just like any other artist, even Victor expresses his love for his favourite movies through the medium of his art. As he himself said, Victor draws “adorkable” renditions of his favourite and famous characters. And, so did his created some illustrations of the evolution of famous actors and characters and they’re so amazing that you’ll immediately fell in love with them.

Check out the illustrations here: 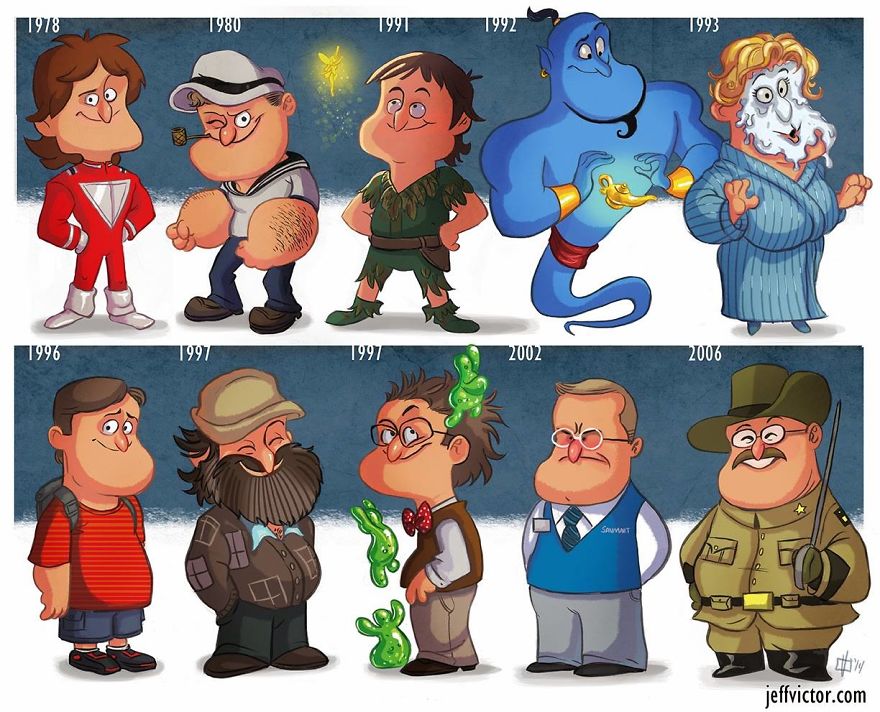 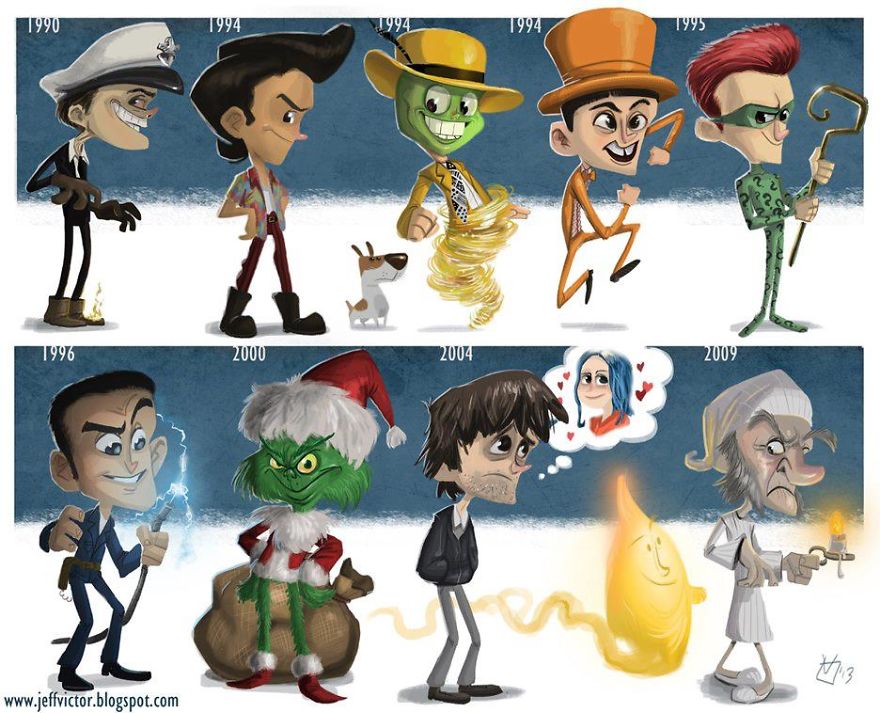 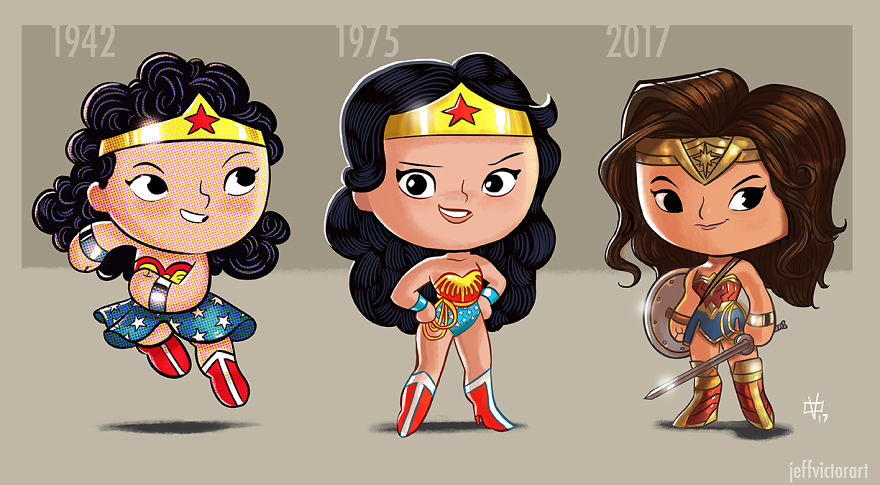 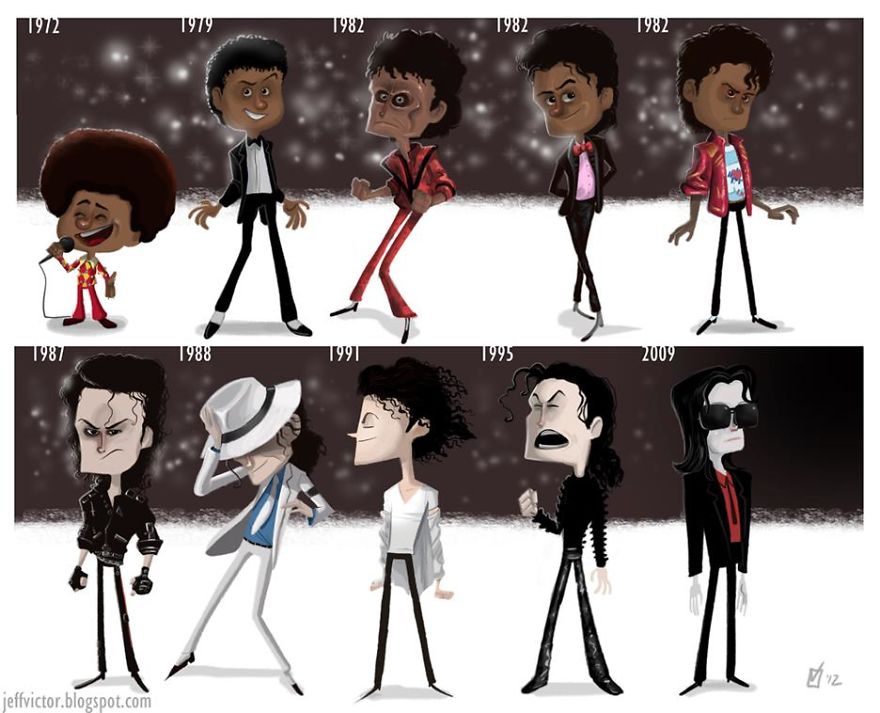 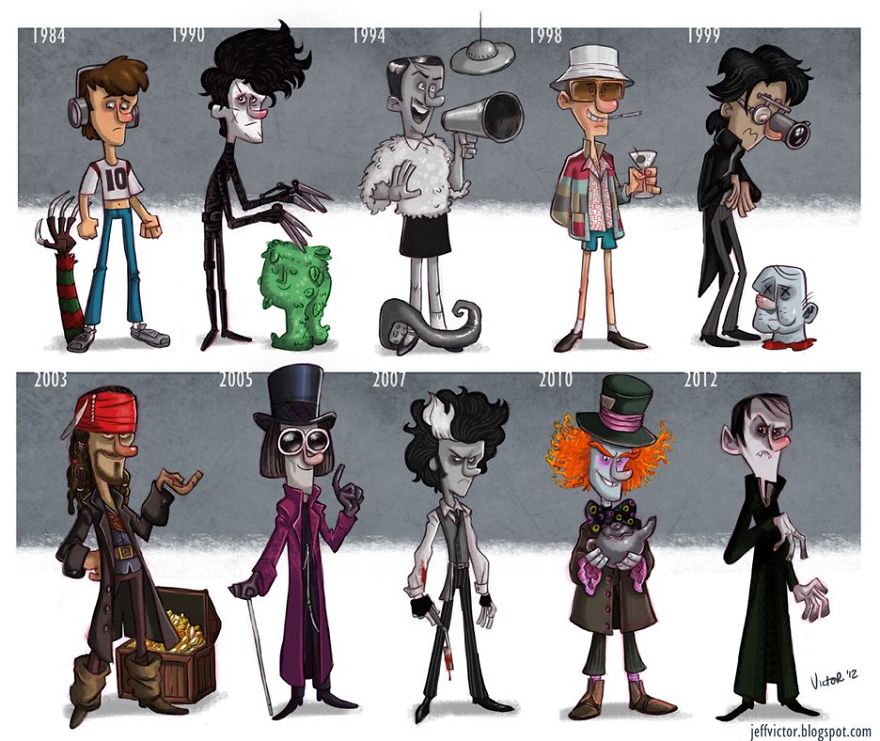 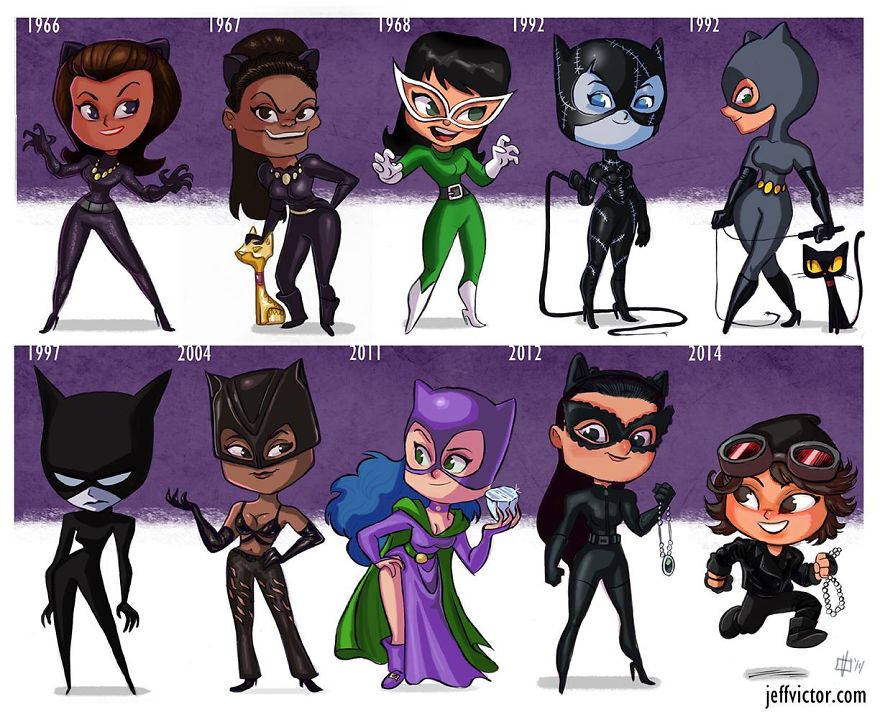 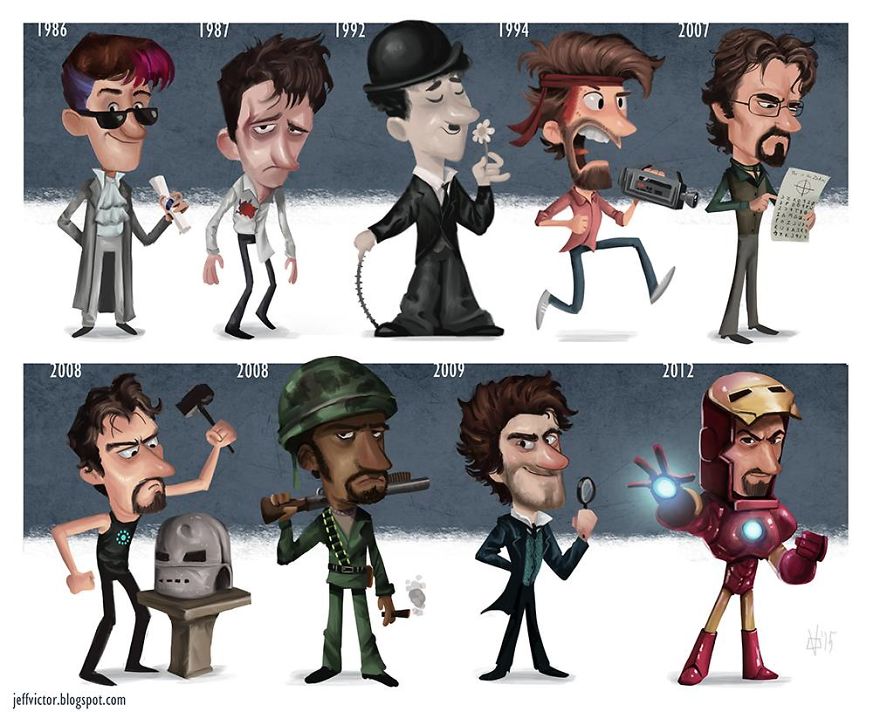 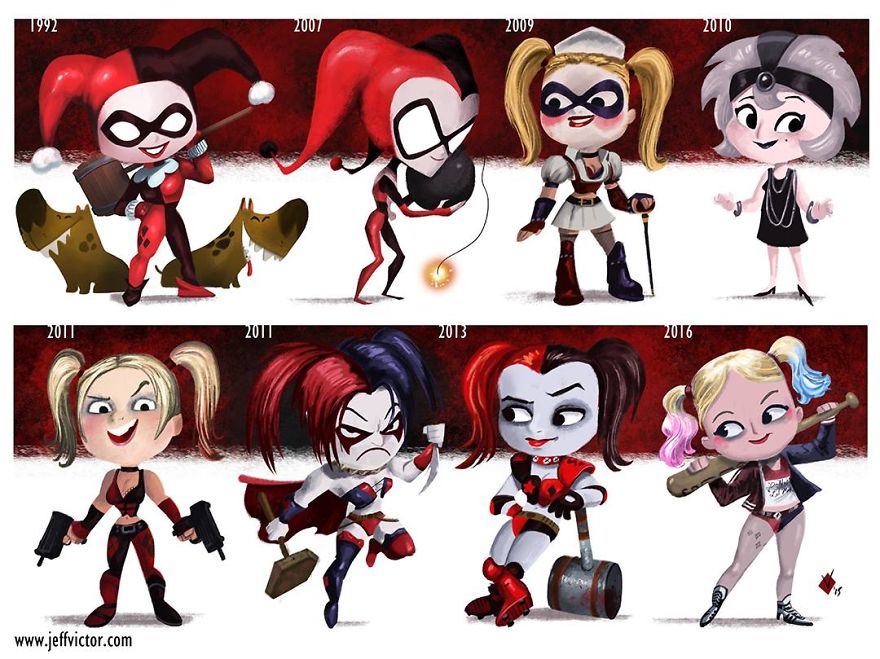 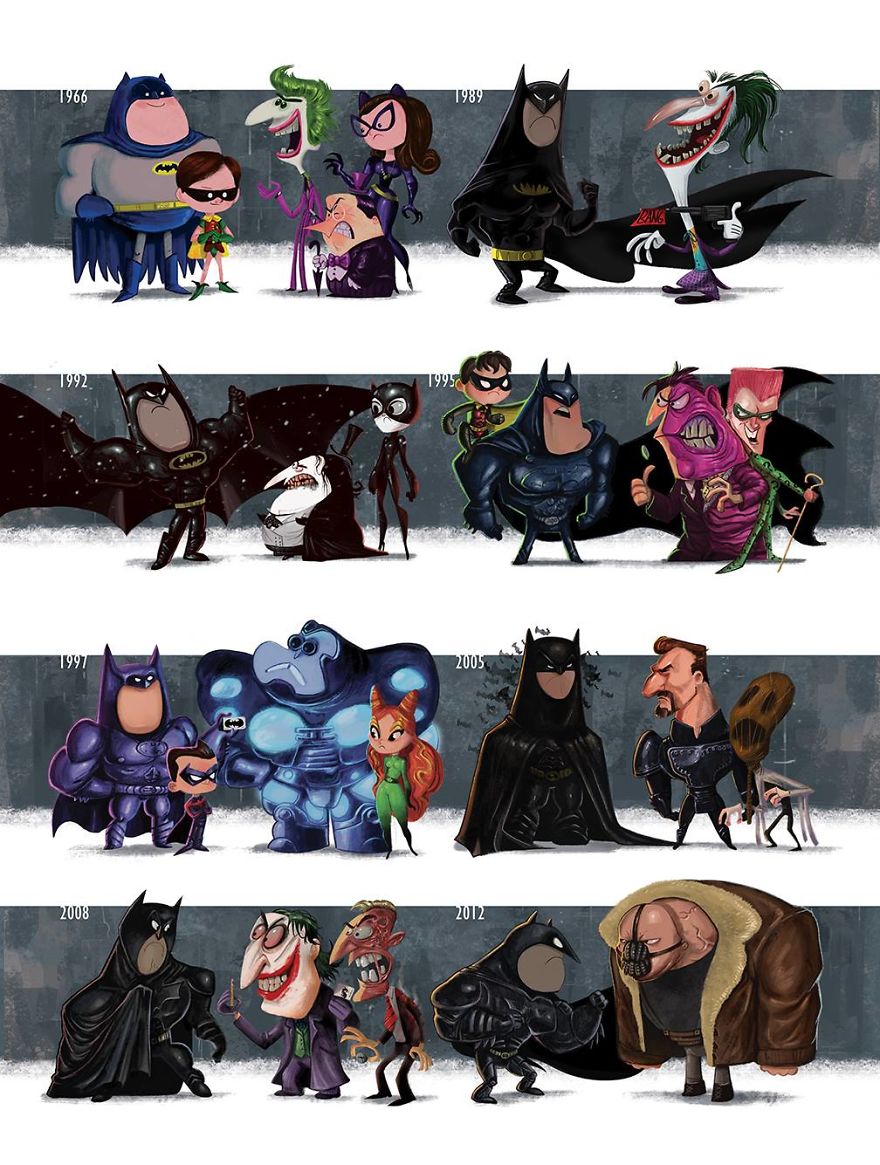 12. Evolution Of The Movie Vampire 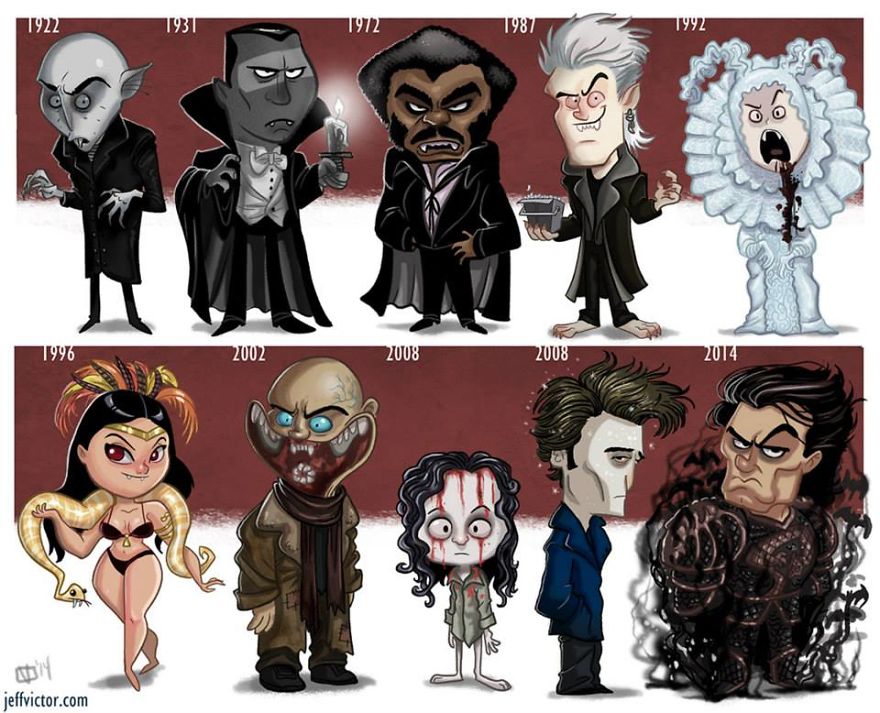 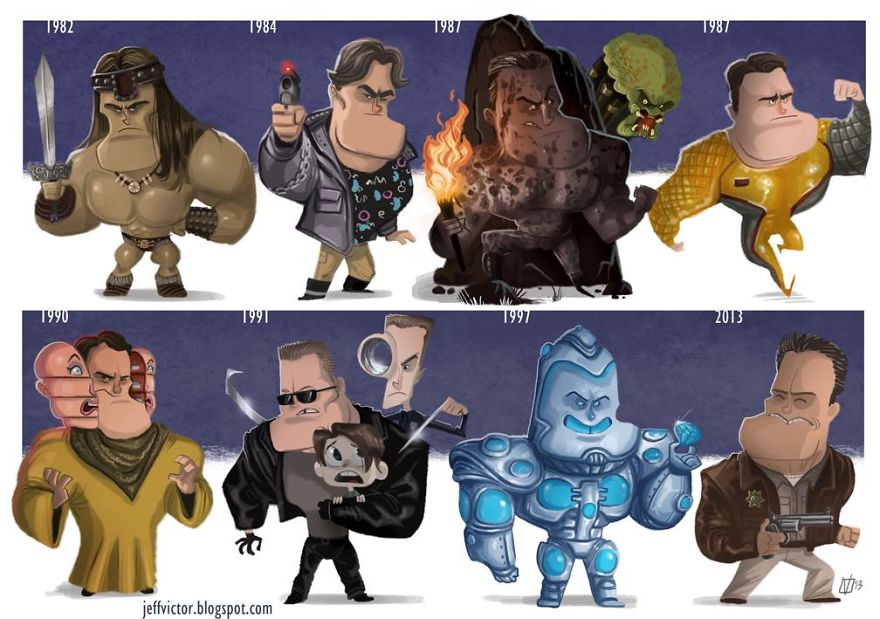 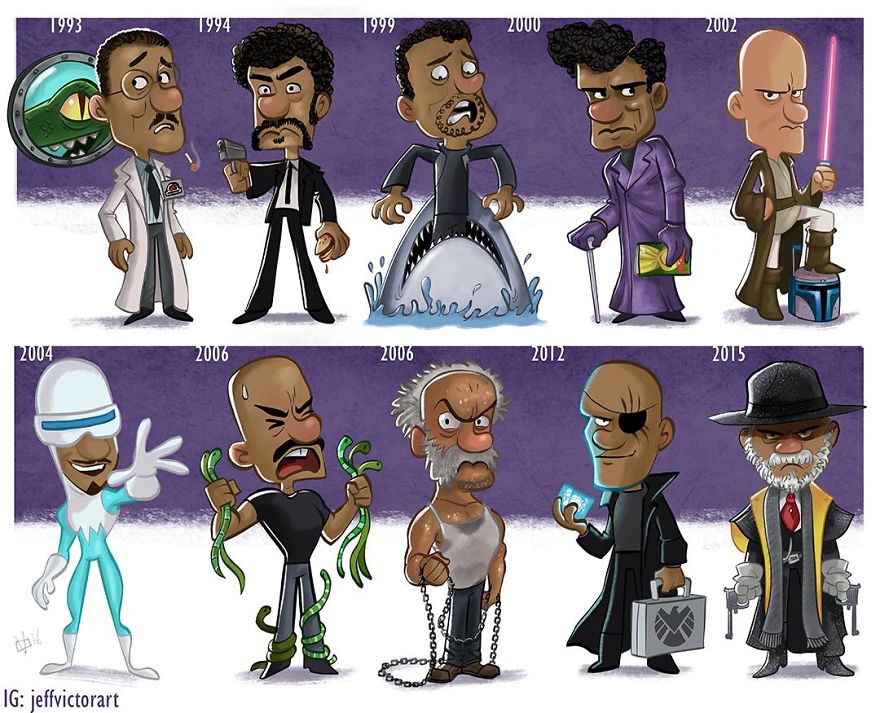 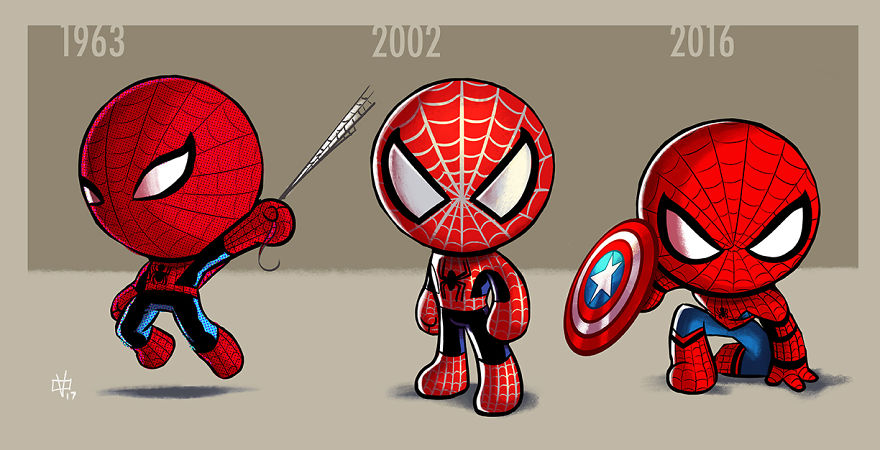