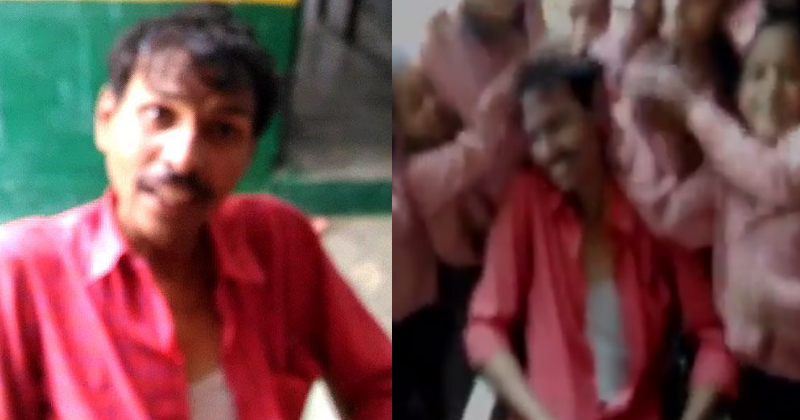 A government school teacher came completely sloshed to school, to teach the kids of primary classes. Are our kids safe?

As per the recent incidents in our country, many have been claiming that public spaces (especially schools) are not at all safe for even the kids of this country, now. At first, it was the Ryan International School Murder Case and now this.

Recently a video is doing multiple rounds on the social media, where a headteacher of a government primary school can be seen completely drunk. Apparently, the man came to school and eventually reached the classrooms of the kids while being heavily intoxicated. It’s an incident of Bilhaur’s Nevada village in Kanpur and the video was posted by ANI on Twitter.

In the 34-second video, anyone can make out how heavily drunk this teacher was. Someone made the video, while the teacher was in his chair when the kids came together to get a photo with him, and he didn’t have any clue. He was so sloshed that he could hardly keep his head up.

Something like this is utterly shameful for everyone, be it the teacher or the administration of the school and the fellow teachers, who couldn’t even make out or stop the teacher from entering the premises. Even though nothing major happened with any incident, but we have to admit that it could totally have had happened. One just can’t let this amount of unsafety be around the kids of our nation.