Home Trending A Lot About Millennials Can Be Gauged Through Their Attitude Toward Travel! 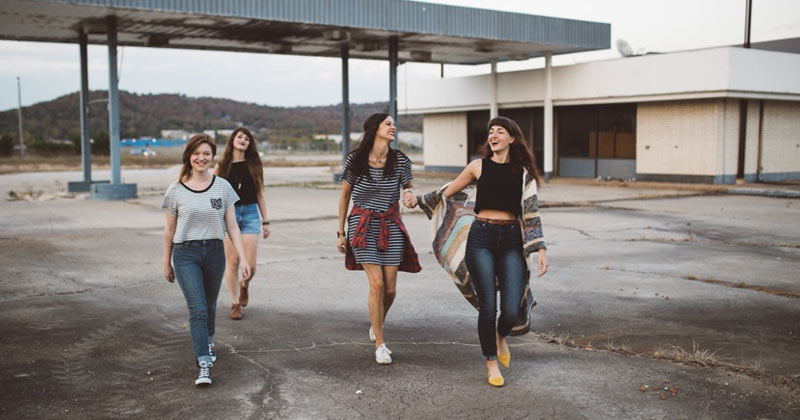 It’s hard to imagine a discussion in the realm of media, marketing, branding, communication or lifestyle sans the key hot-word: Millennials.

Millennials are like, the new hot buzzword, of today’s generation, say something like what the Internet was to the world when it arrived, what electric cars are to urban mobility and to put it simply, what a great pizza means on a diet-cheat day!

There’s no denying the millennials in any context of contemporary discussion, whether or not it pertains to:

2) The Status quos that connote a standard of living

3) The role played by technology today

4) The way mediums of entertainment are consumed

5) The lifestyle-altering choices taken nowadays; for instance, ride-sharing instead of car-ownership

The above told, if one were to ever examine the DNA of the Millennials then a great instance could be understood by their attitude toward travel. In fact, for a generation that loves memes, hangs out on Instagram, actively partakes in budgeting, saving, cutting down on wasteful expenses just as much as it displays a proclivity for colorful facets of life such as “pub-hopping,” and is known for its leaning toward “Minimalism,” what could be more telling about the Millennials than understanding their attitude toward travel?

In fact, to that end, it’s useful to note what a recent study found about the Millennial attitude toward travel.

Apparently, a finding by IndiaLends suggested something rather telling about the Millennial attitude toward travel. It put forth an interesting perspective about that population composition in India that takes traveling seriously, lending to it its own shades of passion!

Here’s what’s most interesting. Around 85 percent of the individuals who apply for loans for up to 2,50,000 starting from the onset of 85,000 for travel purposes happen to be millennials.

IndiaLends, among the leading digital lending platforms around, conducted this intricate study in the following Indian cities of Mumbai, Delhi, Bangalore, Hyderabad, Chennai, and Kolkata.

But implicit in any study, without a doubt, happen to be the subjects. So those who were quizzed about the quantum of loans applied for travel happened to be millennials that were from two categories: working and self-employed individuals!

Other than the above, another interesting perspective that emanated from the study was the attitude of the youngsters toward the loan-application process. Perhaps, it may not be incorrect to suggest that for today’s young tech-savvy, salaried generation, the traditional means of approaching for (sourcing of) bank loans don’t really appear as a bright idea. The thought of approaching traditional banks for loans seems a rudimentary thought, with the burdensome procedures and lengthy periods of approval proving to be a sour temptation to engage with.

There seems to be a new attitudinal change in the way one seeks out a loan, with an increased percentage of youngsters moving in the direction of online loan-sourcing. So that told, what’s most appealing to this psyche of newly-salaried, working individuals with negligible or no credit history is to explore opportunities to travel the world (exotic locations and that sorta thing) by turning toward digital lending companies.

Now that said where does the common Indian Millennial look forward to travel the most if one were to talk of destinations inside India? To that end, it’s interesting to know – and quite frankly, this may not surprise too many- destinations such as Goa and Rajasthan (in that order) are the most sought-out for travel, followed by Kerala and Ladakh. And when it comes to sources a “last-minute” loan, then several destinations spread across South-Asia specifically figure on the list, including- Thailand, Sri Lanka, Nepal, and The Maldives.

Other popular destinations that are right up an average Millennial’s alley happen to be Europe, the USA, Australia, and New Zealand.