Home Trending This Old Manushi Chhillar Video Is Going Viral And She Looks So... 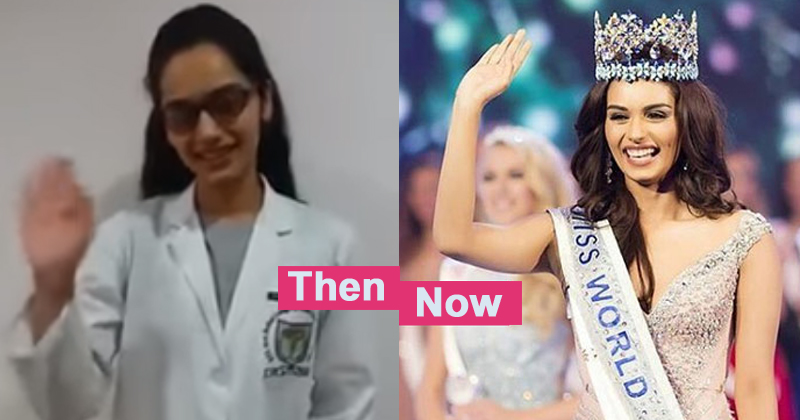 After 17 long years, Manushi Chhillar brought back the Miss World title to India and no one in the country could stop gushing about it. She instantly became a diva for our entire country with that charming and infectious smile.

Soon people started submitting fun facts about the newly-crowned Miss World. One got to learn instantly that this was no ordinary beauty; rather it was one with rich brains.To throw some context, Manushi Chhillar is an MBBS student and comes from a family of doctors. Perhaps, that explains her knowledge, right? Also, she was an All India CBSE topper in English during her senior-secondary examinations.

Plus, over the course of these days, we have also seen how graceful this 20-year-old is with her words and comebacks.

She has worked really hard for the title and one can just see that on her social media. In fact, Chhillar even gave up a year of her studies to completely focus on the competition and everything, in the end, paid off.

Now, an old video from Manushi’s earlier MBBS days is going viral all over the social media. Chhillar looks extremely young in it and is seen praising the efforts of a Physics teacher who had helped her during entrance exams.

One can see the level of sincerity that Manushi has and it was there, way before she became the Miss World 2017.