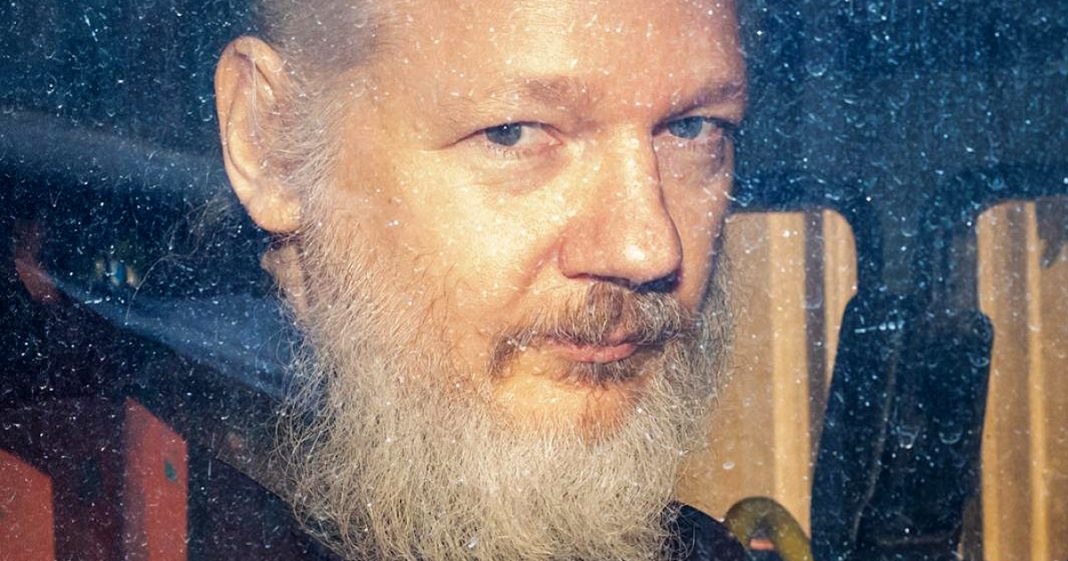 One wonders, how does Julian Assange sleep at night if at all life has given him that kind of privilege today? Also, what dreams continue to haunt a man who now sports a supremely anti-social, aged white beard, a complete departure from that clean-shaven salt and pepper hairdo he once sported when he burst onto the world stage almost a decade ago following the sensational revelations carried out by an organization he founded before he was incarcerated for doing that very job: Wikileaks?

But anyways, who are we to judge how successful was this single-minded Australian whistleblower, who perhaps gave everything in his physical, emotional and intellectual power to alert the world about all that was wrong about the governments and organizations (and the seemingly creepy, shady cliques that govern our lives mischievously)?

But here’s some food for thought!

Famous economist, author, and historian Niall Ferguson once famously said “There aren’t many who are willing to put their lives on the line for human freedom.”

Ferguson noted for his incredibly arresting takes on economic revolutions, governments, and informed takes on the history of money and regimes were pointing to artists, thinkers, writers, bankers, and whatnot!

And what a telling and beautiful quote he shared, right?

But if you were to visit his statement from the perspective of human rights and liberty, then it may not be incorrect to suggest that of the few people who are willing to do just that here on God’s mighty earth, then Julian Assange happens to be one of them.

Living in an asylum for seven straight years- a house arrest of sorts- inside the Ecuadorian Embassy in London, on charges of what are being described as “computer-related offenses” Assange was arrested earlier in April and may face extradition to Sweden following the re-opening of the alleged sexual-attack case raised against him.

But whether you feel that Julian Assange is akin to a monk purely devoted to leading a life of penance, a warrior whose greatest weapon is truth or a monster veiled in the guise of a supposed ‘truth-telling’ whistleblower, a thing is certain.

It doesn’t seem that Julian Assange and his life will be devoid of the complicated and fuzzy legal battles that have come to haunt him akin to a ghost that clogs the rational brain’s imagination.

For someone who quite literally has his life endangered by a clog of international investigations following scathing attacks leveled against his character- that he engaged in sexual predatory acts against someone in Sweden- how soon can Julian Assange free himself from the burden of allegations that if proven, would no longer be ‘lies manufactured in the museums’ of the human mind?

While on the one hand, it’s clearly known that Assange was always willing to answer any questions that the Swedish authorities had for him following the allegations raised against him (following the case) and well over six years, it’s also being said that the notion that he “evaded” questioning on those lines is indeed false.

A piece of news that attempts to examine Julian Assange’s troubled imminent life featured in England’s Daily Mirror and noted:

Swedish prosecutors dropped a rape investigation in 2017 because they were unable to proceed while he remained holed up in London‘s Ecuadorean Embassy.

Assange also faced investigation for a second sex-related allegation, which was dropped in 2015 because time had run out. Assange denies the claims.

Assange, now 47, met the women in connection with a lecture in August 2010 in Stockholm.

One was involved in organizing an event for Sweden’s center-left Social Democratic Party and offered to host Assange at her apartment. The other was in the audience.

Later, a police officer who heard the plight of the women decided that a possible sex offending act was involved here. Moreover, it’s also known that the embassy will hand over ‘all his documents, mobile phones, computer files, computers, memory units, CDs and any other device’, according to Spain’s El Pais newspaper!

So what happens now? Meanwhile, Julian Assange- a hero to millions and perhaps, a two-faced individual to his perpetrators and doubters also faced extradition to the US following the explosive revelations he had carried out in WikiLeaks.