Watch: Delhi Cop Steers Away Garbage At The DND Flyway

Delhi and NCR are so many things for so many people, however, more than any of that, it’s dirty. Actually, too dirty at certain places, if we’re being really honest. People and even the MCD doesn’t care about the right place to dump the garbage our city is producing, and more often than not, a lot of it comes on the road. Not only does it smell bad and looks pathetic, it even causes a lot of problems for the people on the road, traffic being the huge one.

The problem is nowhere near a solution, even after constant urge from the government with initiatives like Swachh Bharat and what not, however, it almost seems like we, as a country, would never be able to get out of this mess. 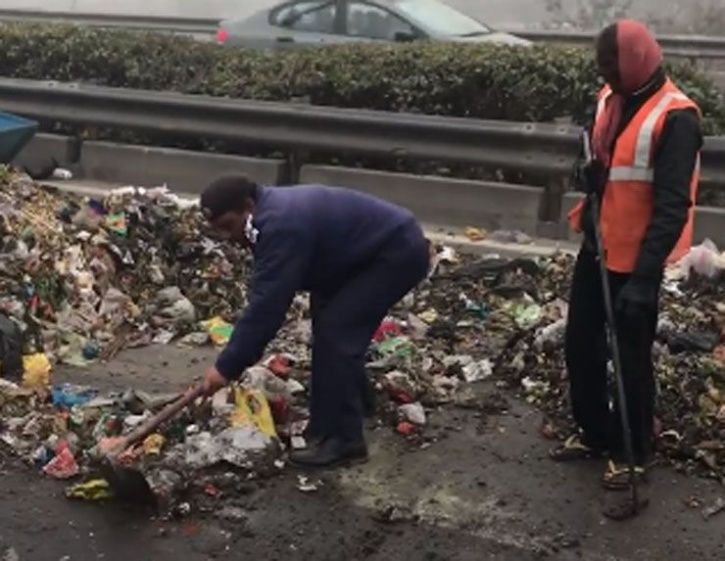 One really big garbage problem happens to occur every day at Delhi-Noida DND flyway. Every night MCD trucks dump garbage on the flyway, which causes a great amount of inconvenience for the travellers on the road.

However, recently a video is going viral on the Internet where a Delhi policeman can be seen steering away the garbage from the road. All because he is a good policeman and more than that he’s a good man.

As per the description of the Facebook video, which was originally posted on January 7th, 2018, Assistant Sub-Inspector Ajeet Singh is seen clearing the garbage on the road so that people don’t get stuck in traffic jams.

Even though the description sites the policeman as ASI Ajeet Singh, nothing has been confirmed till now.

We all are well-aware about the fact that it’s not the job of a policeman to clean garbage from the roads, however, this man went out of his way just to offer convenience to the public. We definitely need more of such people in forces, but more than that we need a strong and intelligent Municipality department.