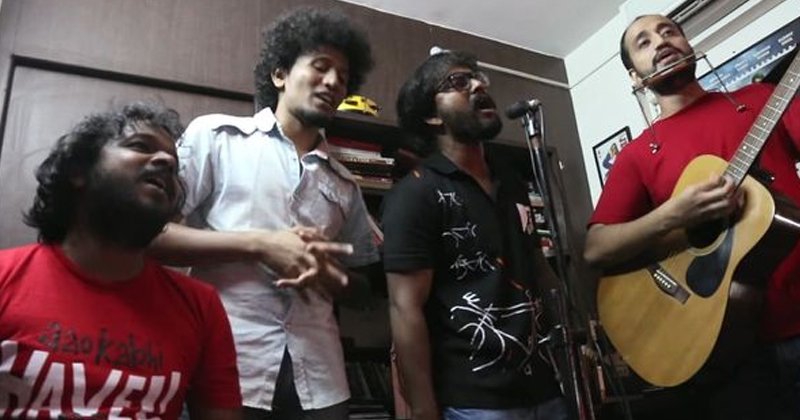 Demonetisation – A word that still haunts people is about to celebrate its first anniversary in two days. A year ago it came down upon us as an apocalypse and left us helpless. The long queues in front of ATM, the dearth of money, the hustle of changing old currency with new, countless hours of stress and moreover, loss of lives. All were the effects of demonetization, and now it’s already past a year.

It left a huge impact on our lives, which makes it impossible to let pass its anniversary in silence. Something should be said or sung in this case as a band has come up with an utterly humorous take on Demonetisation with their latest music parody, Baar Baar Fenko. The parody is a take-off on the hit song Baar Baar Dekho from old Hindi film China Town.

The musical piece has been produced by a group of four men called, The Banned. The song is dripping with harsh takes and punches on Demonetisation as well as its effects. It revolves around mocking the execution of Demonetisation and how it failed to meet the promises. It took a swipe at Prime Minister as well as at Finance Minister.

Here Is The Complete Parody:

Humorists have had their artistic right to poke political policies but seldom we have seen such comedians or artists get sacked on the internet or by the followers of various political groups, in such threatening environment, these guys for sure took a bold step by releasing Baar Baar Fenko prior to demonetization’s first year anniversary.

On 8 November 2016 evening demonetization was implemented and even after one year, people are struggling to cover the loss.