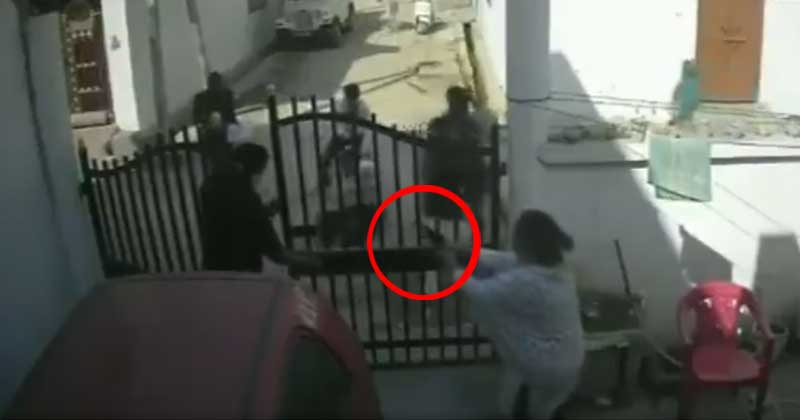 All thanks to social media, we get to witness some of the craziest and wackiest things happening all over the world; things that one can’t even dream about. In one such scenario, a video of a gun-toting wife rescuing her husband from unknown assailants outside their house in Lucknow has appeared on social media.

People on social media are hailing the woman as a real-life revolver rani and applauding her for her bravery and quick wit.

As seen in the video, a man seems to be casually talking to someone outside his door when a group of men -two had their faces covered with handkerchiefs – appeared out of nowhere and started beating the man. One can even be seen carrying a huge rod to carry forward the violence.

Upon hearing the ruckus, the woman used her quick wit and appears from the house within brandishing a gun and aims at the assailants. The scared men soon run away from the incident leaving behind the man in torn clothes, injured.

As per ANI’s tweet, the police has already begun their investigation about the incident.

As amazing as the woman was in her quest to save her husband, this particular video has pushed the people on social media in a debate over gun-rights, something America is already struggling a lot with. While some think that a gun is the only true friend that can save a person in situations like these, others have questioned what an easy access to a gun would do to the people of this country?