Which Are Two Of The World’s Most Over-Touristed Cities

Common logic suggests that we all have heard of the world’s most admired cities. In this category, one cannot be faulted to include the likes of New York, London, Berlin, so on and so forth. Then, there are those cities that are counted among the world’s least-cities. For reasons of crime, uncertainty, corruption, they could factor Karachi, Dhaka, and the likes.

Then, the romantics always talk about the most loved or romantic cities in the wide world of which the name of Paris almost always tops the list. Given the magnificent beauty bestowed upon this wide world of ours, there’s no dearth of thrill, excitement, adventure, and a sense of wonder in the contemporary world’s cities.

But have you ever in your whole life come across a phrase that puts things into a bit of a contrast, a phrase that suggests- world’s most over-touristed cities?

So have you heard of the world’s most over-touristed cities? If yes, which according to you might these cities be? Could these be those cities that are- to put it simply- crowded by overseas tourists? Or could it be that the world’s most over-touristed cities happen to be those famous destinations that never have any dearth of both overseas as well as inbound or domestic tourists, thus making them cities that are housed with an overwhelming number of tourists?

A recent report published in an Asian daily touched upon the case of two of the world’s most over-touristed cities, which, as the name suggests are overcrowded with tourists flocking off from various ends of the globe so much so that today, these destinations are actually facing a threat to natural resources such as water.

And in that regard, it is worthwhile to mention the case of Amsterdam, the capital of The Netherlands and United States’ San Francisco.

But up first- Amsterdam. What’s happening in one of the two most over-touristed cities in the whole wide world? According to the revered BBC, as of the last year (2018), Amsterdam witnessed 18 million visitors in the year.

So incessant was the rise in tourism in the city that the real estate prices actually shot up, which included the rental charges of temporary accommodations, hotels, guest houses, with streets becoming overcrowded with a rich density of visitors.

Therefore, Amsterdam definitely stands atop the list of the world’s most over-touristed cities. In fact, the locals have actually gone on to conjure a sort of new nickname- calling it the new ‘Venice,’ perhaps in a view to mock the overgrowing crowd of travelers experienced each year.

The next in the line is San Francisco. Home to the famous Golden Gate bridge, and the heart of the silicon valley in the United States, if there’s another city that’s serenaded by countless tourists each year, then it’s everyone’s favorite ‘Frisco.’

In fact, tourism has been a boon for the city with a whopping USD 9 billion being counted as the official figure from the last year. Can you even wrap your brain around this grizzly figure?

But there’s also some food for thought, rather make it concern. The booming tech sector in the city of ‘Dirty Harry’ (Clint Eastwood) has actually gone on to put the city’s resources under a threat.

Asian Age elaborated the greater reason for peril, stating, “residents are perturbed by the constant traffic. Tourists stopping to take selfies at sharp turns in Lombard Street, or people posing in front of Victorian houses probably thinking no one lives there has irked residents.”

The core issue right now for San Francisco is that the authorities are working round the clock to keep specific areas of the city clean and hygienic in order to keep up with a tremendous inflow of tourists, day after day, month upon month. And the locals are somewhat miffed; expecting travelers to be more empathetic and concerned for everyone. 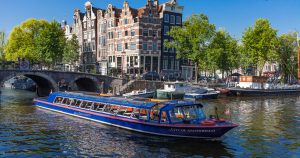