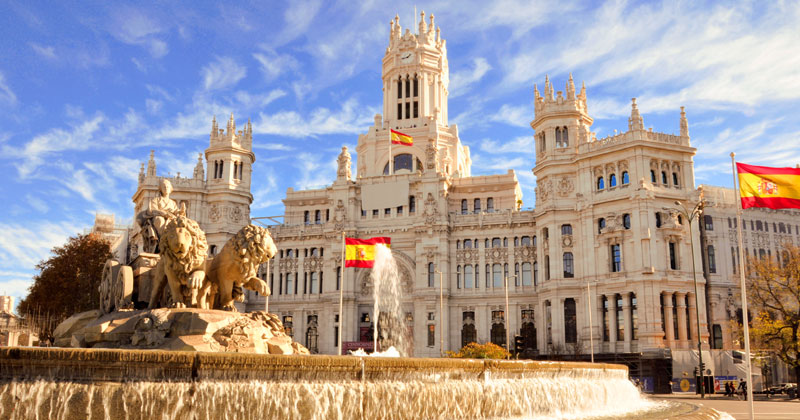 Spain seems to be in the thick of things when it comes to the foreign visit plans for the better part of the world’s population. The current numbers that suggest the tourist arrivals in Spain for 2019 are apparently huge and point to a sky-rocketing figure!

With a laidback, welcoming and upbeat culture, offering the world a culinary extravaganza, Spain offers a bit of everything to the hungry and intrepid traveler; whether its the history of its kings and their conquests, the absorbingly beautiful medieval architecture, the posh idyllic beaches or the magnanimity of its chapels and churches!

And where it stands at the moment, it appears that Spain is right on the track or as they say, on the money, where it comes to enjoying a record number of tourist visits in 2019.

But again for Spain, a country that has been jolted by a series of economic strife, especially at a time where there is no respite from the gloominess of internal chaos stemming from the Catalan movement; people of Catalonia wanting to separate from the country in the desire of an independent nation-state, the growth in tourism is a definite plus.

Also, tourism and growing numbers in the industry are contributing mightily well to a country that has experienced a challenging time with unemployment. The services sector apart from tourism is known to be contributing to the country’s growth and economy.

But that said, nothing can possibly displace the importance of the tourism industry, which currently contributes nearly 12 per cent of the gross domestic product.

In fact, to delve more on the importance of record-breaking tourist arrivals in Spain for 2019, it is vital to check out some impressive numbers, the following published from The Daily Mail:

The first eight months of the year saw the number of international tourists to Spain grow by 1.3 per cent to 67.1million, industry minister Reyes Maroto told a news conference.

Increasing tourism from the United States and Asia has helped compensate for a fall in arrivals from the countries that traditionally favour Spain, she said.

That told, here’s a big piece of news for the Spaniards and the country’s authorities:

Spain is forecast to end the year with a 0.7 per cent increase in the number of international tourists, she estimated, which would set a new record of 83.4million visitors.

It also appears that Spain has turned out to be a choicest favorite of the holidaymakers and travelers from England.

Over 13.6 million Britons headed to the country in 2018, up from 6.7million 25 years ago, when it was also the most popular holiday hotspot.

So there you have it. The Spanish allure seems to be in the big swing where much of the attention of the world rests where it comes to traveling.