This lively capital of Italy has flair, history, delicious food apart from rich historic and cultural enigma. You would want to see everything worthwhile in Rome on your trip and that is why we have created a list of the best things to do in Rome.

The Colosseum is Rome’s most famous historical landmarks and one of the 7 wonders of the world. The mighty arena was opened in 80 AD and was used for the famous gladiator games for drama, replication of well-known battles and public execution. The Colosseum is a very well preserved historic monument and if you walk around it is easy to imagine the stadium was filled with 65,000 Romans. It is one of the best things to do in Rome in any list.

Rainbow Magic Land is an amusement park just outside of Rome. Here you will find many attractions and activities for all ages. The roller coaster is absolutely fantastic, but only for the really brave. You can also take part in a naval battle with ten boats with water cannons. The younger children have the opportunity to greet Winx in their fairy tale castle and even get an autograph.

St. Peter’s Basilica is the largest building in the Vatican. It is one of the most important places for the Catholic Church as The Apostle Peter is said to be buried here and so are the remains of the first Pope. The church also large number of paintings and statues by Italian masters such as Bernini and Michelangelo. The church accommodates up to 60,000 visitors. A visit to St. Peter’s Basilica also gives you the opportunity to climb the church tower and enjoy a wonderful view of Rome.It is a fairy land for children and a must do amongst other things to do in Rome.

Explora Museum is an interactive museum that focuses on teaching children how the world works. Here you can plant plastic carrots plastic and see the different steps for it to reach the supermarket. At the bank, they can print money that they would use when shopping in the store. You can see how it feels for a near-sighted, far-sighted and astigmatic person with their own eyes. It enables children to touch and learn how things work. There are also workshops with a special theme where the children can take part in activities.

Appia Antica is a large, protected park of 3,400 hectares. Part of the park consists of the ancient Via Appia Antica, the oldest street, which is over 2,000 years old. You can also visit various museums and churches here. One of the most famous is the Church of San Sebastian and its ancient catacombs.

Sistine Chapel is the Pope’s private chapel and was built in the 15th century. Here you can see Michelangelo’s famous roof and wall paintings, such as The Creation of Adam, which took him almost five years to paint, and The Last Judgment, which he painted 20 years later. The Vatican Museums are a collection of various museums that concern the Catholic Church, but also historical museums about life in the Vatican and Rome in the Middle Ages.

Pantheon is a must amongst other things to do in Rome. It was initially a small temple dedicated to all the gods of Roman mythology and was built almost 2000 years ago. Like many other old buildings, it has been renovated and rebuilt several times. It was said that the pantheon was drawn by angels, not by humans, since it is considered too beautiful for a mortal to be able to build it. The large dome is very impressive as it is the largest brick dome in the world. It is also one of the best preserved monuments in the world.

The Castel Sant’Angelo is located directly on the Tiber in Rome. It was originally built by Emperor Hadrian as a mausoleum for him and his family, around 123AD. The impressive building was later used as a papal residence, fortress and prison, while it is now a museum. For those interested in Roman history, there are old paintings and earthenware vessels, antique weapons and much more. You can go up to the castle and enjoy the wonderful view and also have a cup of coffee.

San Sebastian’s catacombs is located along the Via Appia Antica. Saint Sebastian is buried here, and the catacombs have been used for burials since the 5th century AD. It was actually here that the word catacombs was first used to describe Christian tombs. There are several holy Catholic relics in the basilica here, including the arrow that is said to have killed San Sebastian. Here you will also find marble footprints that are said to come from Jesus who was on the Via Appia Antica on the way to Rome.

Suggested Read– Things To Do In Florence

Bioparco is Rome’s largest zoo. It’s pretty central, with good connections. Here you can see all the big animals that you would expect in an animal park, such as elephants, lions and giraffes. At certain times you can see when the animals are fed. There are about 200 different animal species in total. In the butterfly house you walk through a tropical jungle full of colorful butterflies. There is also a new, special area for the largest lizards and Komodo dragons in the world. 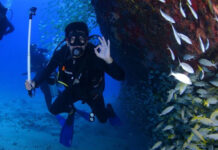 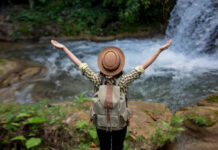