Home Travel What Are The Best Places To Visit In South India? 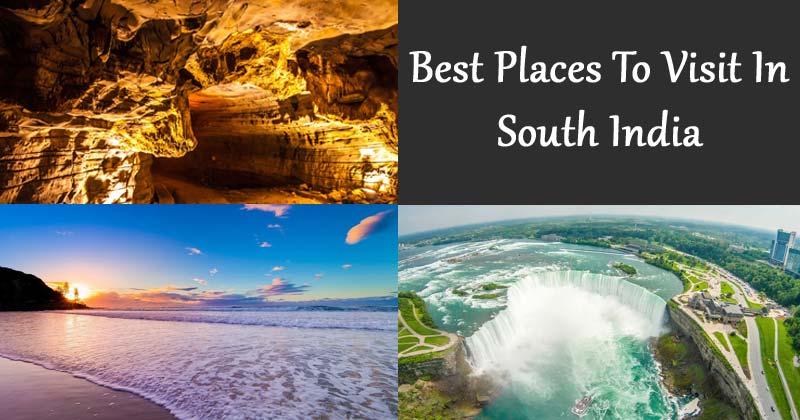 India is known for its rich cultural diversity. South of India is famous for its tradition, art and culture, richness in food, the rich flora and fauna, historical architecture and more. Southern India comprises of five states namely, Andhra Pradesh, Telangana, Karnataka, Kerala, and Tamil Nadu. It also includes three Union Territories of Puducherry, Lakshadweep and Andaman and Nicobar islands.

If you are a travel freak, you would like to have some famous destinations on your hit list. You’ll also want to explore some less talked about destinations. Here are some of the best places to visit in South India along with some unexplored destinations.

The ancient village of Hampi displays towering Hindu temples and the Hampi flea market as attractions. Enjoy a ferry ride on the Red Tungabhadra River with statutes on the rocks in this UNESCO world heritage site.  You’ll be fascinated by the monuments present on every turn. The hills and boulders around Hampi were the hideout for Kings in the past. The giant Hanuman statue and the Narasimha statue, which is all carved from one stone, add to the glory of Hampi. The Hinduism mentions this place to be the Kingdom of Apes ‘Vanara Sena’ where Lord Rama fought in the scripture of Ramayana.

Warangal homes numerous ancient temples and monuments. The thousand pillar temple of Lord Shiva is an exemplary marvel of Kakatiya architecture. The historic Warangal Fort now shows only the ruins but has its glory of fighting the invaders. Other than temples, the Pakhal lake and wildlife sanctuary was brilliantly made over a small tributary of the Krishna River.

Pondicherry for the Beach Lovers

Pondicherry beaches are mesmerizing as it spreads along the south-east coastline of the country.

Auroville is a universal town displaying cultural diversity in an experimental town. Other than the famous beaches including Promenade Beach, Paradise Beach, Auroville  Beach, Serenity Beach, Sir Aurobindo’s Samadhi and Ashram attracts tourists from all over the world.

Mudumalai National Park is one of the best places to visit in South India for the wildlife lovers. You can take the Jungle Safari arranged by the Forest Department. It can be a mini bus or a jeep. It is a declared tiger reserve with almost 50 tigers residing in this forest. Deers, Elephants, Monkeys, peacocks and birds also inhabit the sanctuary.

3 Amazing yet Unexplored Places from the South

Belum Caves are 3229 meters long making it to be the longest caves in the plains of India. These caves are formed by the action of water on black limestone deposits over millions of years. You will come across fresh water galleries with sixteen cavernous paths. The entrance to the cave is through a pit which allows you to explore this precious hidden gem. The cave has long passages and spacious chambers. It also has the mysterious perennial underground stream ‘Patalganga’, the meditation den of Buddhist and Jain monks are other attractions. Don’t miss the 40-foot tall Beautiful Buddha statue for that spiritual flavor.

Falling in love with these South Indian falls is destiny. The ‘famous largest waterfall of Kerala’ is the so called  ‘Niagara Falls Of India‘. The waterfall is 80 feet high and offers you a delightful sight of the captivating roads with lush scenic greenery. You can also enjoy the jungle safari trip from Chalakudy to Malakkappara to visit the evergreen forest of Sholayar ranges of Western Ghats.

Gandikota is located at the bank of river Pennar. It is small village filled with adventure and no public transport. It’s going to be a great memorable trip with its amazing downhill trek which goes through the ‘Grand Canyon’ and leads to the riverbed. You’ll find it worth every minute that you spend in this small village.

No tourist places in South India are less than others. So get set with a vacation plan to explore the wonderful South. It’s time to relax and rejuvenate ourselves with the Southern breeze.