5 Beautiful Destinations To Explore During Monsoons In India

The monsoons are a time where one simply cannot remain buried inside one’s house in India. Perhaps, in a rather poetical sense, it could be described as a time where nature’s yearning for mankind is so immense that the skies tear out missing the occupants of God’s mighty earth.

It’s among the rare occasions where one can both enjoy simply sitting by the side of one’s window reflecting on life whilst sipping some Chai with the company of rains outside the window as well as being amid one’s friends and explore the country’s sheer vivacious versatility.

India is not just about the maddening urban chaos of shopping mall-ridden urban centres. India is about coming out in the open skies only to see them turn teary-eyed, albeit drenched with happy tears, as seen during the monsoons. And truth be told, few destinations can be as memorable to visit as the world’s largest democracy especially during the monsoons in India.

The monsoons in India aren’t simply a great relief from the perspective of a rain-craving populace. They are, but of vital importance for the farmers and agriculturists of a country that is still largely reliant on agricultural output for its GDP, year after year.

But there are also industries that are reliant on the monsoons in India for growth and prosperity. Little surprise then, that it is the tourism industry in India.

So let’s try and visit a vital list comprising the must-visit destinations during the monsoons in India:

Tamil Nadu is among the most vibrant and colourful states in India. This is a state worth the bustle it puts forth in celebrating Southern India.

A destination worth myriad colours and a melange of food, heritage, spirituality and travel, Tamil Nadu is home to Kodaikanal, a cherubic hill station that turns green during the monsoons in India.

This is simply because of the reason that especially during the monsoons, this traveller-friendly city spreads out its earthen green colour. It is as if singing the city praises of mother nature during the monsoons in India. The grassy hills, lakes and waterfalls are worth spending at least a week amid a picturesque beauty of the land of many adventures, India.

The North-east part of India is that vortex of boundless inspiration that can never fully feel integrated as a part of the country. But that said, an entire nation feels glad that the seven sister states of India add to the majestic beauty of a truly enigmatic country. And among this enigma is the pleasant town of Cherrapunji in Meghalaya, among the places in the country that turns into a palace of rains during the monsoons in India.

The old root bridges, the verdant gorges, the lush green hills and the forested cliff tops, all of these become an enthralling saga during the monsoons in India.

Therefore, a visit to Cherrapunji in Meghalaya is a must. 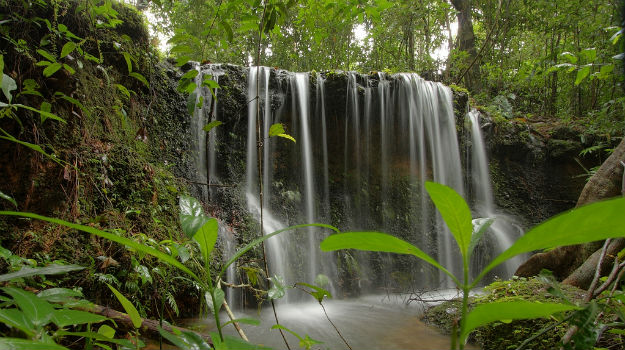 Perhaps there is a lot of sense to rename Karnataka as the state of waterfalls, such a delight for any country, let aside India, the land of spiritual waters of the Ganges.

So when we speak of Karnataka, few places can be as alluring as Agumbe in Karanata, a small but mesmerising hill-station in India whose central highlight is the many waterfalls in the country.

When you arrive here at Agumbe, down south in India, you are spoiled for choices. For there are too many pleasing waterfalls to see and enjoy, including- the Jogi Gundi Falls, Onake Abbi Falls, Barkana Falls and many others.

Amongst the finest places in the entirety of this destination is the sunset valley, that regardless of whether there are monsoons, still retains its simplistic beauty. It’s common for the younger lot from nearby Tamil Nadu and from within Karnataka’s mainstream cities such as Mysore and Bangalore to visit Agume.

If you arrive at the Pink City of India – Jaipur – via a car journey during the monsoons then perhaps you may long for a freer expanse in other parts of Rajasthan, India’s largest state by area. While Jaipur has got beauty in patches, what one often represses is that the city is falling a prey to rising urbanisation, perhaps part of India’s irreversible tide in this part of the 21st century.

Therefore, Bikaner with a more heritage touch, checkered by pristine and beautiful Havelis and being in midst of the Thar desert becomes an enchanting destination during the monsoons, particularly because the weather drops down by a few notches. 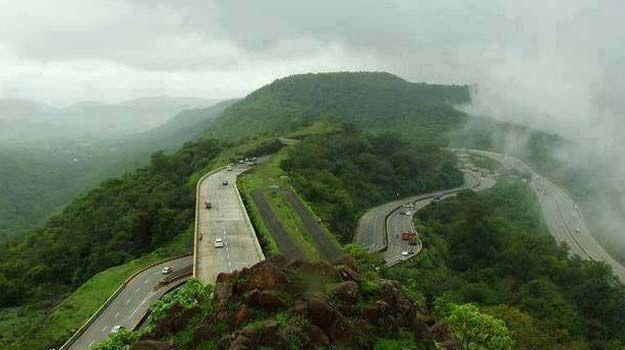 Just a few kilometres from Mumbai, and practically next to Pune, Lonavala in Maharashtra is the quintessential destination for those bitten by the travel bug. And, in particular, when one wishes to unravel the country’s majesty during the monsoons in India, then Lonavala becomes the go-to destination not only for those from Maharashtra but also from other regions in the country.

The lush green hills, the Ghaats, the sublime weather, tapered with plenty of rollicking restaurants, there’s hardly a dearth of reasons for you to visit Lonavala during the monsoons in India. So where are you going in these monsoons in India?