Home Travel All Adventure Seekers Should Add These Least Visited Countries In The World... 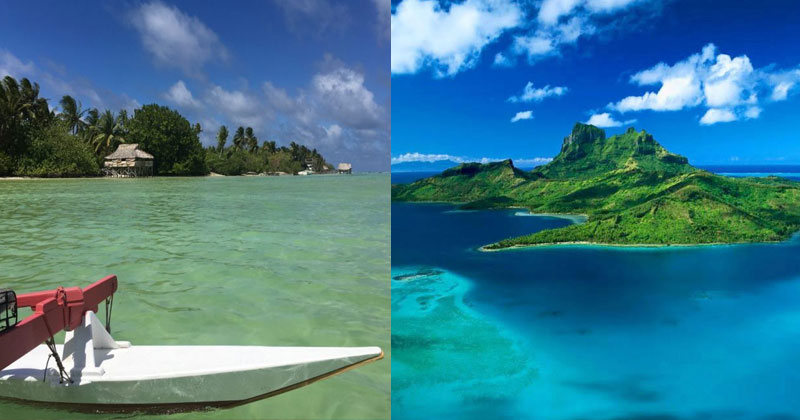 William Shakespeare coined the term – the world is my oyster and now we use it every now and then to denote how you are in a position to take the opportunities that life has to offer. So, why should you ever stop moving or exploring or going to places this life takes you to. However, while we all dream to travel to Europe or Japan or any other place, there are some least visited countries in the world very few people have on their places-to-see list.

If you’re also an adventure seeker who likes to explore the unexplored then this piece is just for you.

We have gathered some eight countries that are some of the least visited countries in the world, yet all of them have something extraordinary to offer to their guests. While most of them are islands, since they’re some of the hardest places to reach, we also have mentioned other kinds of places that are not in the middle of nowhere. Check out the list over here:

Along with being one of the least visited countries in the world, Dominica is also one of the smallest countries in the world. Once a British colony, Dominica is filled with rocky landscapes and is perfect for anyone who loves nature and adventure. Despite being a country that very few know about, Dominica has its fair share of movie appearances. It’s one of the filming locations for various Pirate movies, along with one of the best pirate movies of all time, Pirates of the Caribbean. Interestingly, Dominica indeed has a history of piracy attached to it which makes everything just perfect.

Tonga is one of the South Pacific islands and has a certain kind of Maldives-Esque beauty attached to it. There is so much to see and take in since everything about this place is absolutely beautiful. Captain James Cook called Tonga “the friendly island”. When he visited the island for the 3rd time, he was invited for a small dinner and celebrations, little did he know that the party was part of an elaborate plan to kill him, though, Sparrow being Sparrow managed to escape the island and save himself from getting killed, once again. Once you’re in Tonga, make sure to have a swimming session with humpback whales which is going to be one of your life’s most cherished and memorable moments.

The Solomon Islands are a group of islands situated North West of Australia and they share borders with Papua Guinea. These islands, like many others in the Pacific, share their history with the WWII relics, divings and wrecks. Staying here will be an adventure in every which way and since it’s one of the least visited countries in the world, you get to see nature at its best being undisturbed by population and tourists. If you’re someone who is into the whole WWII trivia thing then you should definitely visit Honiara while being here. You can reach here by boarding a flight from Fiji and explore another gem of the world while visiting the Solomon Islands.

However, not everything is bad in here. You can visit Arno Atoll, about 9km from Majuro, the capital, and the only islands that are easily reached by boat, in order to enjoy and get through the true island life.

If you ever thought that there is no place like North Korea on this planet then you’re wrong. In fact, it won’t be wrong to say that the country is even a few steps ahead from North Korea, in terms of absurdity and secretive behaviour. One can only visit the country with an approved tour and in no way can one leave the marble capital of Ashgabat without another approval. If you’re someone who is into the whole post-apocalyptic life and all then you should absolutely visit Ashgabat once in you’re life. The city is practically empty and its gold and marble streets have not seen human life in a long time. In order to get a driving license here, you need to pass a test based on a book written by the leader of the country. The days of the week in here are named after the leader and his mother.

Pronounced as ‘Kiribas’ this country is situated in central pacific and is one of the least countries in the world. The country is on the brink of disappearing because of global warming and all the calamities it goes through every year. Interesting fact, Kiribati sits at the four corners of the world. It straddles the Equator and spans the International Date Line which is dented so that all the islands can be on the same day so it has parts in the northern and southern hemisphere and at either side of the Date Line. There is nothing much to do here except fishing and diving, so if you’re someone who is not interested in both the options then you definitely would have a hard time going through days.

Comoros is situated in the large ocean between Madagascar and Africa and it’s a small volcanic island near Seychelles and is one of the least visited countries in the world with the most scenic views. You can experience everything in here, from sandy beaches to thick rainforest. Interestingly, one of the world’s largest active volcano, Mt Karthala is here and it erupts regularly creating the Pompein landscapes. Since it was a French colony back in the day, Comorans speak French and Islam is the most prevalent religion here so, do remember to keep yourself covered and save the drinks and partying for some other vacation.

These were some of the least visited countries in the world that anyone and everyone who is completely obsessed with seeing some new, unique and unexplored should aim for. So, which of these countries captured your interest the most? Share with us in the comment section below.