Titanic’s sinking can easily be considered one of the greatest accidents in the world that have been retold time and again. One of the most popular versions is James Cameron’s 1997 epic love story and drama – Titanic, featuring Leonardo DiCaprio and Kate Winslet. While the movie was directed around the real-life sinking of Titanic, it was a romantic drama that showed the reality of love and loss. However, if you’re someone who was piqued by the ship in itself then these facts about Titanic are THE thing for you to know.

More than one hundred and eight years ago, one of the biggest accidents of the world occurred. It was 15th April’1912 when the Titanic hit the iceberg and took almost 1,500 lives. This was an even bigger event due to the advertisement with which Titanic first sailed. The ship was deemed to be one of the most luxurious and safest ships in the world.

Even though the event has been covered in a mega-successful movie there are some facts about Titanic that were left out, like how long did it take Titanic to sink? How many people survived the sinking? Etc.

So, if you’re also someone whose interest in facts about Titanic has ignited then this is just the right piece for you. Keep on reading for more interesting information.

1. Time To Find The Gravel

It took almost 73 years for the ship’s wreckage to be found. On 1st September 1985, scientist Jean-Louis Michel and Dr. Robert Ballard located the remains of the ship and finished their research.

3. Ship’s Interiors Were Inspired By A Hotel In London

The interiors of Titanic, that were explained to be absolutely lavishing, were loosely inspired by a London based Hotel. The hotel was The Ritz in London’s Piccadilly neighbourhood and was opened in 1906, and it continues to function even today.

So, if you’re someone who would want to know and experience one of history’s major events then you need to visit this hotel when in London.

4. How many people were on the ship?

A grand total of 2200 people boarded the Titanic when it took off. And they were divided into three classes of amenities. Out of 2200, 1500 hundred lost their lives while 700 survived the sinking which accounts for 32% of the total boarding.

However, many believe that there were more than 2200 people on the ship since people travelled under fake names and from different places. Hence, the number of fatalities can be higher than 1500.

One of the most iconic scenes from James Cameron’s movie is the one where the musicians keep on playing music even while the ship was sinking to maintain a sense of calmness. And, one of the interesting facts about Titanic is that this particular scene indeed happened in reality too. The musicians kept on playing music, ultimately losing their lives in the sinking. They played for about two hours and five minutes.

There was a nurse named Violet Jessop who actually survived the Titanic’s sinking, only be involved in another ship’s sinking, named – Britannic. Jessop went on Britannic four years after the Titanic and by an exceptional turn of events, she managed to survive even this sinking. However, she suffered a traumatic head injury from it.

7. There were injuries even during the building of Titanic

There were two deaths and 246 injuries recorded during the construction of the Titanic in Belfast. It took a total of 26-months for the workers to build the Titanic.

8. How Long It Take Titanic To Sink?

While the exact timings of the ship sinking are not precisely known, it is safe to assume the ship took 2 hours and 40 minutes in disappearing completely. This timing has been taken out from the time the first alert went out about the spotting of the iceberg.

Suggested Read: A Former Nazi Bunker Is All Set To Open Up As A Luxury Hotel

9. The Story About The Iceberg

Another one of the facts about Titanic was that it was around 100 feet tall. The iceberg came from a glacier in Greenland.

10. There Is Another Titanic In The Making

Another one of the interesting facts about Titanic is that there is another one in the making. In 2012, an Australian Millionaire, Clive Palmer, announced his plans for building a modern-day Titanic which would be called Titanic II. He announced that this project will be brought to life in association with a newly formed Blue Star Line company whose board consists of two descendants of the original Titanic survivors.

These were some of the interesting facts about Titanic, especially the last one which you can share with your friends and family. So, would you like to sail the Titanic II in the future, share it with us below? 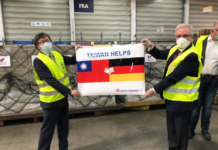