Is Yahoo in Japan all set for a change?

Specifically, where it comes to e-mail users then, Yahoo enjoys a growing user-base of approximately 200 active million users. The internet service, a widely popular website among thousands of lakhs in the world is involved in the transmission of roughly 26 billion e-mails every single day, several of these from Japan.

And now, there’s a change on the cards for Yahoo in Japan. But the overall scope of operations of Yahoo in Japan is more than simple e-mail or those things for the taking.

Yahoo also has many e-commerce and online banking subsidiaries. Another big reality of Japan is that it isn’t WhatsApp or any other social messaging app that has taken over the popular imagination of the country.

In fact, Line is the country’s most popular messaging app. Interestingly, Line also happens to be Southeast Asia as well as Taiwan, among the close economic allies of the country popularly hailed as the ‘land of the rising sun.’

Experts and economists are currently gung-ho about the merger between Line and Yahoo in Japan. And why not? Analysts are of the view that this big merger could well be a competitive and major driving force in the space of other internet giants in the country, which simply means the coming together of two forces will be a crucial factor in tackling the competition imposed by other internet giants.

Some experts from the University of Shizuoka, elaborating on the context of the current merger added, Yahoo Japan has for the longest time offered a diverse range of services but has lagged behind many of its competitors.

One wonders, what then might happen to firms like Rakuten, the famous electronic commerce and online retailing company, a firm that in the second quarter of 2019 had as many as 107 million member ids.

Apparently the merger of Line and Yahoo in Japan might prove to be a big headache particularly for players like NTT Docomo and Rakuten, many believe.

With growing competition, all will be curious to know as to who might emerge with the dominant market-changing fortunes?

Meanwhile, BBC elaborated on the major developing story from the tech world in the island nation and happened to share the following:

While Google is the predominant search engine in the US and Europe, Yahoo is Japan’s most popular search engine.

Yahoo Japan is no longer linked to its US namesake, which sold its remaining stake in the company in 2018.

Line, which is owned by South Korean company Naver, has roughly 80 million users in Japan and a similar number in Southeast Asia and Taiwan.

Among the biggest features using which Line has earned a popular reputation for itself is the usage of online stickers, a noted feature among its young user base.

This, interestingly, happens to be a feature that its competitors have adopted as well.

But the news surrounding the possible merger augurs well from the point of view of Yahoo Japan’s parent company, Softbank. It has bet billions on Asian tech companies and the merger could also contribute by making it a dominant player in the payments market in all of Japan. 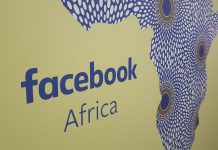