Home Technology WhatsApp Features 2018: What ‘New’ Are We Expecting This Year 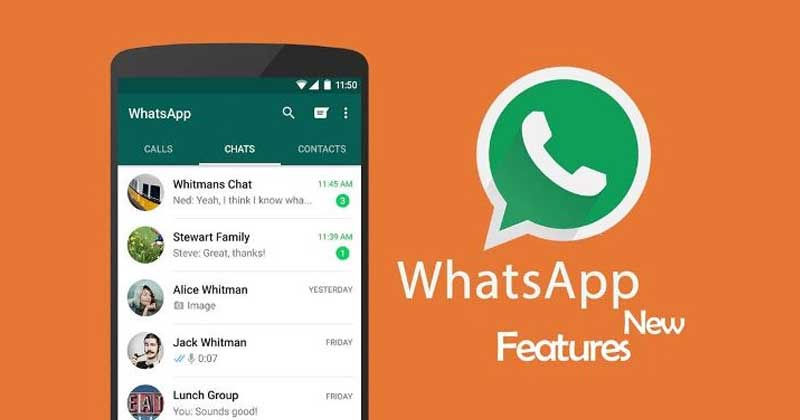 WhatsApp, the Facebook-owned instant messaging app, is growing with lightning fast speed and when we look at the kind of growth the app has witnessed since gaining 200 million daily active users, WhatsApp has become a formidable force in this business.

Just last year, we saw features such as Snapchat-like Stories, WhatsApp Status, ‘delete for everyone’ and live location sharing being added to the long list of things that the app can do. However, we have also seen many who are not aware of some of the WhatsApp features that can make their life seem a little easy.

When you use an app day in and day out, it is safe to say that you might not be aware of a new feature that gets added via an update. Sometimes, when a notification for such updates comes, we are busy somewhere else and forget about it unless one of our friends tells us about the same.

But when it’s about WhatsApp, one can’t just ignore all the new updates and here we take a look at the features that the app’s one billion users are expected to get this year.

WhatsApp Features 2018: What ‘New’ Are We Expecting This Year

First spotted by WABeta info, this is one of the most awaited WhatsApp Features 2018 which will give all WhatsApp users an option to switch to video calling during voice calls. There will be a dedicated icon for the feature and tapping on it will send the other party a request for a video call. On the other hand, if the request for the video call is rejected, the voice call will still continue as before.

Another expected addition to the WhatsApp Features 2018 list, this new feature is already being tested according to recent reports and it will be launched with a new button in group chats which will allow one administrator to ‘dismiss’ any of the other administrators, without even the need of first deleting them from the group and then again adding them as normal participants.

Facebook has recently rolled out the option which lets users export their Instagram Stories on Facebook and the social networking giant is now extending this feature for WhatsApp, as well. This essentially means that all WhatsApp users will soon have an option to post Instagram Stories directly on WhatsApp. Interestingly, while an Instagram account can be created with your email or Facebook ID, WhatsApp uses the registered user’s mobile number for the same. This new feature would only be possible through a code which enables WhatsApp to link itself with third-party apps.

Another awaited mention on our WhatsApp Features 2018 list, the Private Reply feature will make users able to reply privately to a member of a group without even the need to leave that specific group conversation. The option will only be available in group chats and will reportedly be included in the small menu which pops-up when a user long press on a message.

In order to bring conference calls to WhatsApp, the instant messaging app is also reported to extend voice and video calls feature to group conversations as well. Currently, Voice and video calls are available only for one-on-one conversations.
While some of these WhatsApp Features 2018 have already appeared in beta versions of the app, features tested on beta mode do not always make it to an official release, however, can surely be looked forward to.

Which one of these five WhatsApp Features 2018 are you waiting for?