Facebook’s New Tag Will Make It Hard For Fake News To Spread On The Platform!

Every once in awhile we think that Facebook has done it all and bam! It comes up with something that we have never thought of. Facebook is one such social media platform that improvises every now and then and its craze stays intact with people. From introducing love, angry, sad and wow to starting live videos, Facebook surely knows how to stay updated and interesting in this fast-paced technology-driven world.

Facebook knows it all, what’s happening around the world, who got engaged, who got appointed and who lost lives, and why not, millions of people share news on Facebook and it gets circulated in no time but while we get all the information, some of the portals highly misinform us as they use fake news to grab the attention of the readers. So the sensational news feed which is actually fake, considered as true most of the times and either we end up believing or we realize that it’s fake and blame this social media platform for providing us a news that wasn’t even authentic. 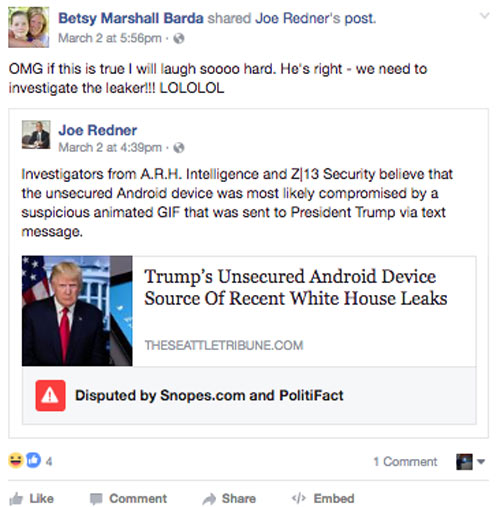 Like always Facebook has come up with a brilliant idea as it rolled out a new tag “disputed” which indicates that the news is may be unreliable or fake. Now publications which were acquiring the reader’s eyes with such news will have to be a bit smarter to continue their readership and we are sure it is going to get interesting than it sounds.

However, like always Facebook has played a brilliant card where they have rolled out a dispute tag not a fake one. Even Facebook will not label them as incorrect directly as the publication houses may try to get back at it. If this happens the disputed tagged sites will have to come up with solid explanations and we would get to see that not everything we read is entirely true.