In a world that’s usually hanging out on social media, where’s the American CIA hanging out?

It was formerly the OSS or the Office of Strategic Services with elaborate roots in the war. Right from William Donovan to the very controversial James Jesus Angleton, it’s operations- ruthless, daring, and sophisticated- are both shrouded in mystery and loaded with controversy.

It recently raised eyebrows and at the same time, complimented the concept of Diversity+Inclusion when it appointed Gina Haspel as its chief, thus being the only intelligence agency in the post-war modern world with a woman at the helm of affairs of a foreign intelligence agency.

It’s been reviled as well as admired. It’s been looked up to as a protector of America’s foreign interests as well as a complicated bungler of facts, some that deal with Area 51, others that deal with co-operation with Israel’s Mossad in undermining the Iranian nuclear project.

The CIA is about as perplex as the mystery surrounding the Bermuda Triangle but also powerful as the mythical Thor hammer.

And in an age where one’s literally plagued with social media, with us obsessed with putting pretty much everything down to one’s imagination ‘out there,’ with every tiny second of the human life shared for viral public consumption, what’s the CIA doing on Instagram?

While surely, it’s both fun and interesting to think of a mighty covert spy agency hanging out on social media, having its official page(s) on the famous troika comprising of- Facebook, Twitter, and Instagram- when you reach the agency’s Insta page, you are struck by a little surprise.

While there could be an extensive list of targets or should one say ‘assets’ or ‘pursuits’ for the premier intelligence agency to follow- there being no dearth of other intel-groups, weapons manufacturers, think tanks and whatnot- it’s a bit baffling that the CIA happens to follow just 11 people through its Instagram account.

Of course, if you’d be sitting in the company of a renowned whistleblower such as Snowden or Assange, you may be told that in reality, the ‘Big Brother’ is watching ‘everything and everyone.’

And in an age where mass- surveillance is an everyday occurrence, where one often lamely uses the ‘Orwellian society’ expression, it’s not too surprising after all if one’s told that the CIA knows who’s doing what.

Still, even in the 11 that the Langley-headquartered organization follows on Insta, there seems to be a catch. But up first, a look at those it follows:

Truth be told, you don’t really need to be a 007 in real life to understand a pattern behind those who are on the CIA’s Insta-watchlist.

After all, all the above are Hollywood actors. And if you were to give it closer thought- then you’d find that the above stars have happened to act in spy-movies. Got that one? Interesting, right?

So there it is. Whether it is Argo or the Bridge of Spies, Zero Dark Thirty or James Bond- the CIA is following its own celluloid-screen avatar or renderings. Never any harm in that fellas, ha? 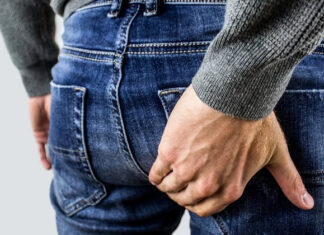