We all have friends and family that don’t adhere to the rules of social media and post more than 5 photos every single day. Along with the photos, they also post almost everything on their stories too, which might be interesting for some but is highly irritating to others. However, one just can’t unfollow them for something like this, because, a – it’s rude and b – no one wants to be confronted about it and then tell the truth.

In order to escape situations like these, Instagram is adding the option of muting people from appearing in your feed. The update will start rolling out for users in the coming weeks and through this feature, you’ll be able to choose to remove someone’s posts, or both their posts and their stories, from appearing on Instagram’s main screen. Along with all this, you’ll still be able to check and view a muted person’s profile and can unmute it any time you want. And, the best part, the muted person would never be able to know if they have been muted by the other person.

This is not just interesting but also eases out a lot of things for the user, if only there was a means through which one would be able to automatically like one post a day for these muted people too. 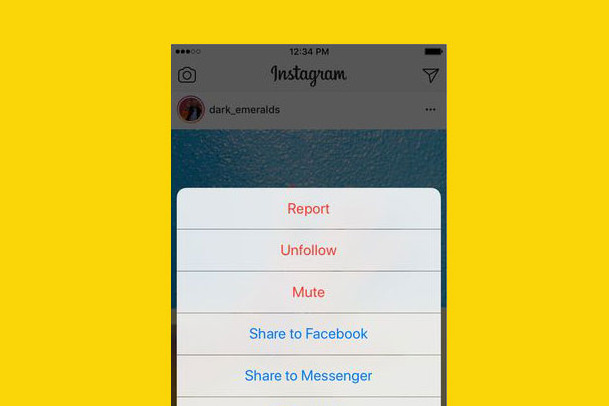 Instagram has decided to roll out the feature with few people at a time. It will initially be available for few iOS users and then slowly and steadily reach other iOS and Android users.

Other competitive social media platforms already have a mute option in them, but Instagram has decided to add it now, after so many years of its existence. And, there are various other social media platforms that take a longer time to add this feature to their platform. Presumably, because they’d rather have as much content to display to you as possible. But as networks get older and older, and people add more and more friends on them, their feeds start to get clogged up.