There is a phenomenon with us, we tend to think that we should have waited for new technology to come and the one in our hand, doesn’t impress us anymore. Same with iPhone, You have a perfect iPhone in your hand, after new launch you think that the one you have now is getting slow. Well, there can be two factors, first the human psychological phenomena, new is always better. However, probably, your phone is getting slow due to specific reason i.e. new iOS update. With every new iPhone, the new version of iOS is released. Google search suggests that after every new iPhone model the search “Slow iPhone” soar. 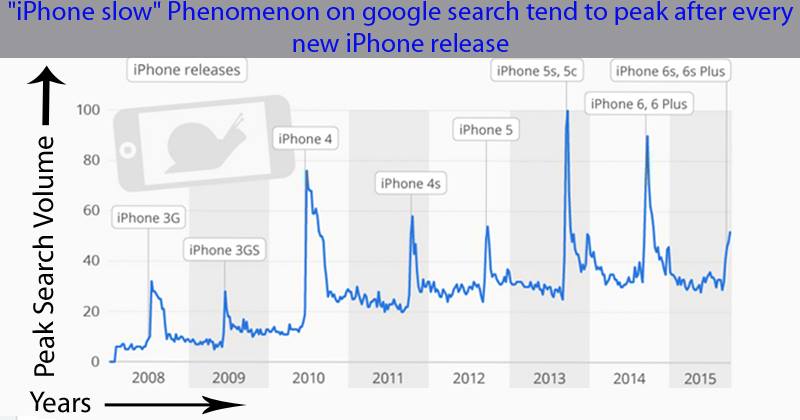 In the Statista Chart, the vertical axis shows the peak search volume, which shows whenever the apple has released new Phone, the “slow iPhone” search has reached its peak. Well, Apple does announce that every iOS is backward compatible with older iPhone models, however, it seems that new iOS version do face trouble with old hardware, hence issues like slow phone, performance issues arise.

However, Statista chart has clearly illustrated that this slow phone issue declines rapidly after a couple of weeks.