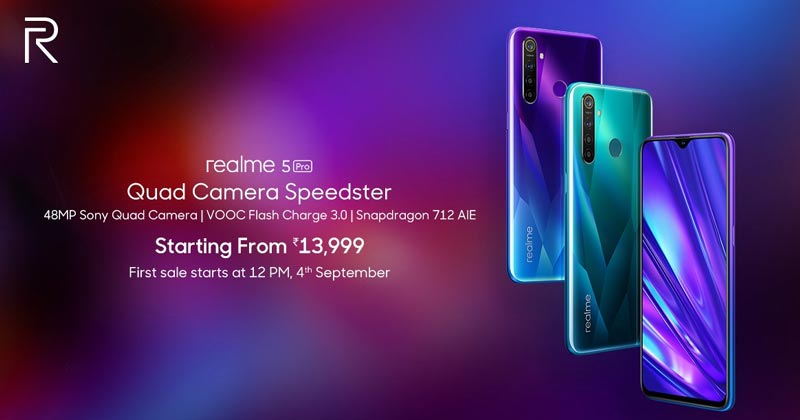 Realme 5 Pro has finally been launched in India after a lot of leaks as well as rumours and while Realme 5 was also unveiled during the event, the Realme 5 Pro took a majority of spotlight with its quad rear camera module featuring a 48-megapixel primary rear camera with Sony IMX586 sensor and a 16-megapixel camera at the front with Sony IMX471 sensor. After launching the Realme X, the smartphone maker is now bringing quad camera glory to the masses its Realme 5 and Realme 5 Pro along with a well-rounded package for those looking for some performance credentials as well.

The biggest highlights of Realme 5 Pro also include a 6.3-inch Full HD+ display with Dewdrop notch, 90.6 per cent screen-to-body ratio as well as Corning Gorilla Glass 5 protection. While Realme 5 Pro is powered by Qualcomm Snapdragon 712 10nm processor under the hood, it comes backed with up to 8GB of RAM, Hyperboost 2.0 offering options such as touchboost and frameboost in order to offer an enhanced touch control as well as frame rate during extensive gaming sessions.

As for the design theme, there is not much to say about the Realme 5 Pro as it sports a familiar holographic finish at the back which uses nano-mirror technique, while Splash resistant rating is also a nice touch to the overall package. Realme has also added USB Type-C port to its new offering which also supports VOOC 3.0 fast charging for the 4035mAh battery.

The Realme 5 Pro price in India starts at Rs. 13,999 for the base 4GB of RAM with 64GB of storage version while the 6GB RAM with 64GB storage model of the smartphone costs Rs. 14,999. On the other hand, the top-end version of the Realme 5 Pro, which comes with 8GB RAM and 128GB storage is priced at Rs. 16,999. The smartphone will be made available in Sparkling Blue and Crystal Green colour options while Realme 5 Pro will be going on sale in India starting from September 4, 2019 via Flipkart and Realme.com.

Moreover, Realme has also confirmed that its new quad camera series, which includes the Realme 5 Pro and Realme 5, will also be available via offline channels soon. There is also a Realme Iconic case for Realme 5 Pro which is priced in India at Rs. 399 and will be made available in the country starting from September 21, 2019. 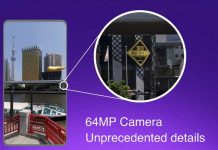