OnePlus 6T has been an instant success in India and while the smartphone was launched in Mirror Black and Midnight Black colour options, the Chinese smartphone manufacturer has also introduced the OnePlus 6T Thunder Purple Edition in India which comes with a gradient finish on the rear panel which fades from black to purple under the glass-backed OnePlus 6T. This results in an evocative ‘S’ curve which could be seen racing across the back while also highlighting the depth of colour. 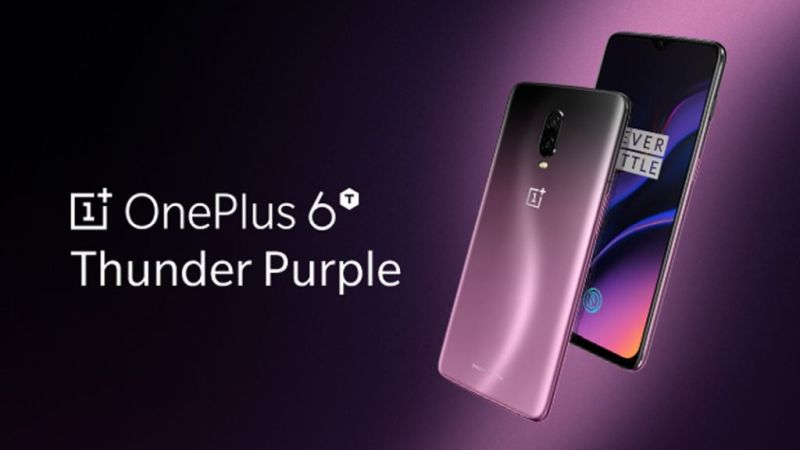 Moreover, all the specifications and price of the OnePlus 6T is similar to rest of the colour options, launched a month ago. There are also a host of launch offers with the OnePlus 6T Thunder Purple Edition, which includes Rs. 1500 worth of cashback on purchase made through HDFC Bank Credit and Debit Cards, no-cost EMI on Amazon.in and OnePlus exclusive offline stores for 3 months, 12-month damage protection from Kotak Servify and up to Rs. 500 off on Amazon Kindle via Amazon India’s official website. Reliance Jio users can also avail exciting benefits on purchase of the OnePlus 6T Thunder Purple Edition.

16MP camera at the front with Sony IMX 371 sensor, 1.0μm pixel size and f/2.0 aperture with the wide-angle lens