Coming to the highlights of the Moto G6 Play, apart from the huge battery life, it also comes with a design inspired by the Moto X4 which adds to the premium feel of the smartphone. It also comes with a glass back which is protected by Corning Gorilla Glass, while the Bat wing logo at the rear panel also works as the fingerprint sensor, which seems to be a cool feature, to say the least.

Moto G6 Play comes with a 5.7-inch HD+ IPS display with 18:9 aspect ratio and 720×1440 pixels resolution. Shielding the display, there is the Corning Gorilla Glass while the display also features Moto Display and night mode. The Moto G6 Play is powered by Qualcomm’s octa-core Snapdragon 430 chipset which is coupled with Adreno 505 GPU for graphics. It includes 3GB of RAM along with 32GB of internal storage (expandable up to 256GB via microSD). While the Moto Bat Wing logo doubles up as a fingerprint sensor, the Moto G6 Play is backed by a huge 4000mAh battery which comes with support for rapid charge technology. 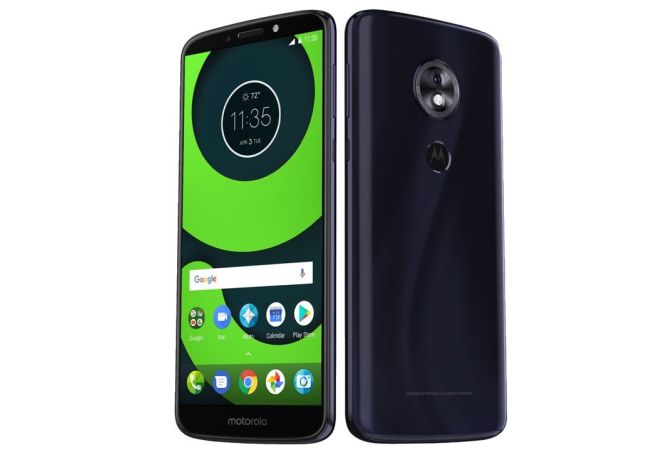 Moto G6 Play has been priced at Rs. 11,999 in India and comes in Indigo Black and Fine Gold colour variants. While the smartphone will be available exclusively through Flipkart and all Moto Hub stores, its first sale began on June 4, the same day of its launch.

As part of the launch offers, Moto G6 Play buyers who make the purchase from ICICI Bank Credit & Debit cards can avail Rs. 1,000 discount on the purchase of Motorola’s new smartphone, while there is also a Bajaj Finserv No Cost EMI option. On the other hand, customers can also avail a discount worth Rs. 1,500 on the exchange of any of their old smartphones on Flipkart.

That being said, Reliance Jio customers will be getting a 25 per cent effective discount on the Jio Rs. 198 plan if they purchase the Moto G6 Play. Moreover, there is an assured buyback guarantee offer for up to Rs. 5,100 value on Flipkart while customers who shop using Paytm Mall QR code, will get Rs.1,200 instant cashback on mobile recharge from Paytm but the offer is valid only on purchase made at Moto Hub stores.